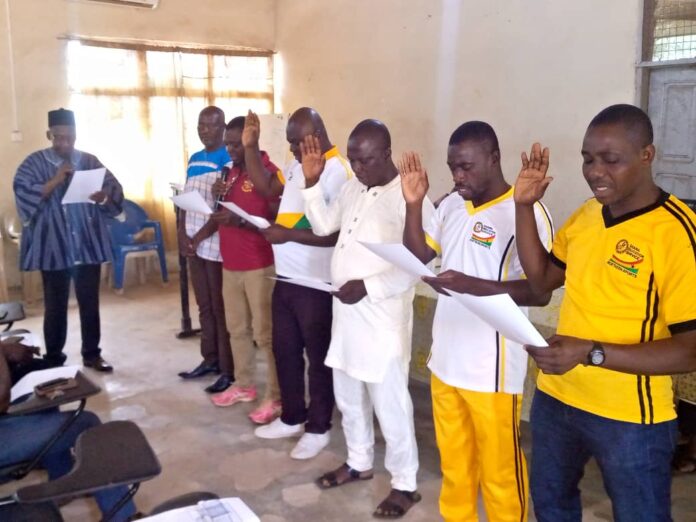 A week after tasking ExCo members of the Savelugu Municipal Football Association to form a united party in ensuring the game travels far and grow within their jurisdiction, the NRFA Chairman, Alhaji Abu Hassan Rhyzo has charged elected ExCo members of the Nanumba North Municipal FA to devote much time and energy in building the capacity of people involved in the game to revive football in the area.

Speaking at the inauguration of the Nanumba North Municipal Football Association, the Visionary Leader said football is a team sport and that one person cannot do it alone.

He, therefore, urged ExCo members to look into the future with hope to build a new Nanung Football that will be amazing and build a big product that everybody – whether you are a direct consumer of the sport can be proud of.

He encouraged members to have a common vision and goal in order to move football in Nanung forward in the next 4 years. He however urged those who in any way might not be part of the new administration to share their good ideas to the various committees as all of them can not be part of the Team.

Alhaji Abu Hassan Rhyzo also advised coaches and club owners to concentrate on the rudiments of the game and not solely on kicking the ball. “In the game of football a lot happens at the background and so we should not only be interested in kicking the ball, which is 30% of the input in football development” he lamented.

The former Guan United CEO has therefore charged coaches to prepare their teams ahead of the new season as the GFA is yet to announce dates for regional football to kick off.