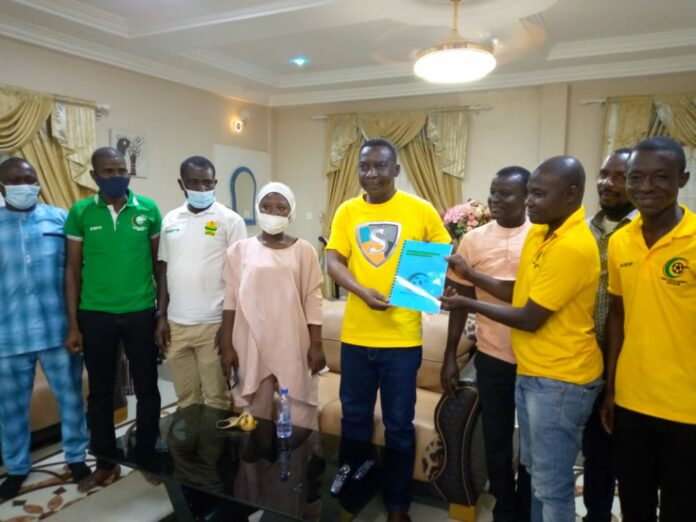 If the proposal is approved by the overseer of Football activities in the region, the competition will be named after him, dubbed ‘Alhaj Abu Hassan Rhyzo Annual Festival’ in recognition of his desire and love for grassroots football development in Northern Region. 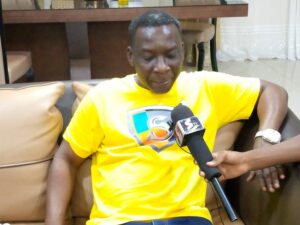 Abdul Aziz Ramzy, the Chairman for TaMFA in the company of ExCo members, Technical committee members and some members of the media committee of the Association paid a courtesy call on the NRFA Chairman and presented the proposal to him at his residence in Kpalsi in the Sagnarigu Municipality on Sunday evening, 14th March 2021 after his return from Mauritania as one of the leading Black Satellites Management Committee Member who led the team to clinch African U20 championship.

Presenting the grassroots working document, the TaMFA chairman Abdul Aziz Ramzy acknowledged Alhaji Abu Hassan Rhyzo’s immense contribution towards the development of Football in the region as the key reason for their initiative.

The TaMFA boss was optimistic that the NRFA Chairman will approve the the idea when he read through the proposal.

On his part, the Black Satellites management committee member commended the association for the initiative even though he has not read through the document yet, adding that he is ever ready to support the course of football within the Tamale Metropolis, as best as he can for grassroots football growth and development.

The Sport Festival which will be a one day event when approved will draw selected players in the age brackets of U10 and U13 numbering about 90 and selected team coaches to impart them with basic technical game knowledge  through a workshop.

Selected coaches will be trained on small team organizations. While selected players will be put in small sided games to learn basic football techniques as initial steps in their grassroots development.