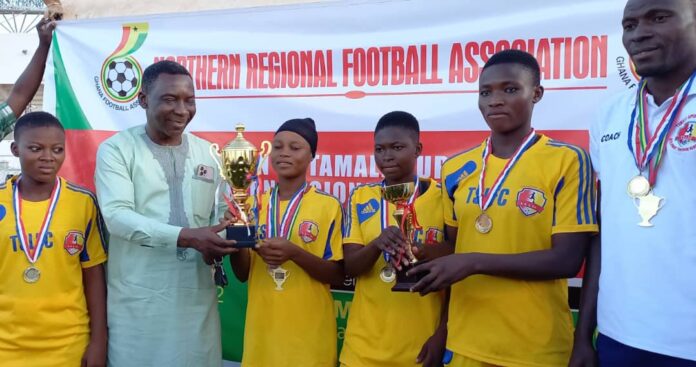 The Northern Regional Football Association has crowned Tamale Super Ladies as the Champions for the 2021/22 Women Division One league in the region.
This was done at a colourful Coronation ceremony that took place at the Aliu Mahama Stadium Annex.
In an exhibition game that preceded the main event, Super Ladies beat Dahinsheli ladies by 2-0. 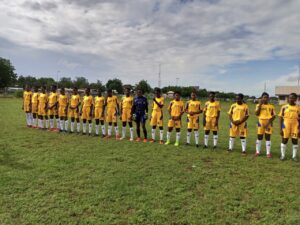 Addressing the mammoth gathering that turn out to witness the event, the Chairman of the Northern Regional Football Association, Alhaji Abu Hassan Rhyzo advised well meaning individuals to support women soccer up north by way of logistics and infrastructure. He particularly appealed to Corporate institutions to assist in the construction of Astro Turfs in the Northern regional capital and other districts throughout the three northern regions.
He further commended all clubs for putting up spirited performances that saw patrons trooping in their numbers to the various match venues to watch them play.
The regional chairman also intimated that, as has always been the custom, two (2) clubs will be demoted to Division 2 whilst 2 are promoted to join the regional women Division one league.

Alhaji Rhyzo also impressed upon Tamale Super ladies and Bagabaga ladies who will be representing the region in the Northern Sector Zonal Championship for promotion into the Women Premiership to be worthy ambassadors of the region during the competition which is slated to commence in Techiman this week.

The regional chairman, gave the season’s statistics as over a 100 league matches played with 211 goals scored, with the Goal queen scoring 18 goals in 18 appearances. 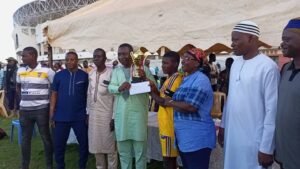 Haruna Zeinab of Super ladies who emerged as the Most Valuable Player received a trophy, a medal and Ghc100. The same player also received a medal and a Ghc100 for doubling as the Goal Queen. 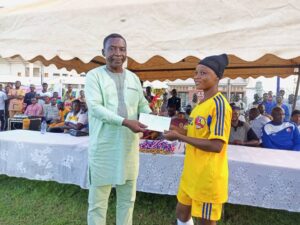 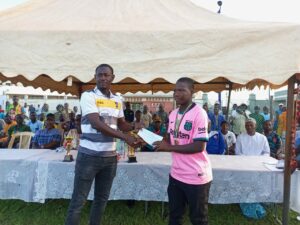 The Coach of the year for the Regional Womens Division one league took home a cash sum of Ghc100 and a Medal. The receipient was Haruna Najimudeen of Tamale Super Ladies. 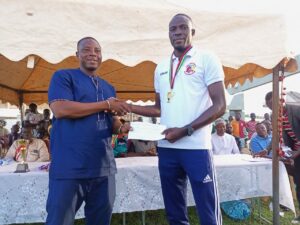 The Chairperson of the Regional Womens Committee, Hajia Zelia Iddi was full of praise for Supporters of the various clubs for comporting themselves throughout the season. 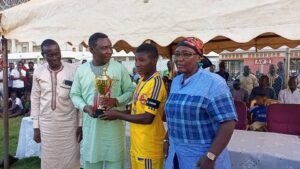 Alhaji Rhyzo ended his address by appealing to all stakeholders to rally behind the RFA and the clubs so as to enable the region continue to produce budding female stars for the various National women teams.
The event ended successfully with a colourful display of fireworks.