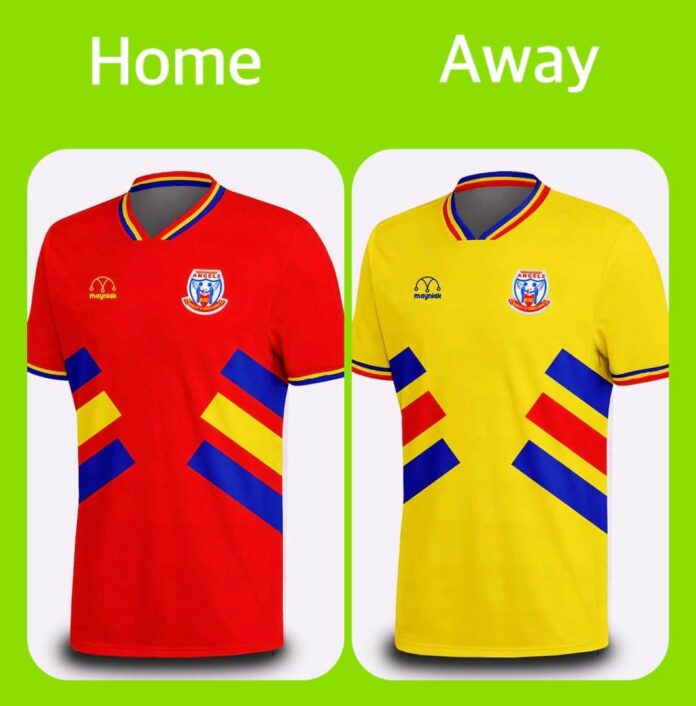 Sensational Tamale Soccer Angels over the weekend received two new sets of branded Jerseys in the teams Colours as well as warm up kits at a short ceremony in the residence of Club President and Bank roller Alhaji Abu Hassan Rhyzo in Tamale.

Presenting the new kits to the club’s CEO, Mr Abu Hassan Fareed, the president advised them to see the gesture as a continuation of the rebranding process the club has embarked upon and as a catalyst to motivate the entire team to give off their best in this year’s Northern regional Division Two league. 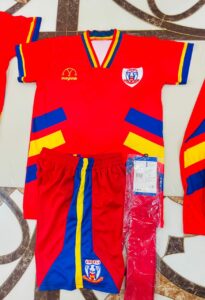 The new apparel which comes in two shades of a dominant red with yellow and blues stripes to match will be the regular jersey with the reserve one being dominant yellow with red and blue stripes.
The warm up kits is a lemon green with red stripes over red shorts. 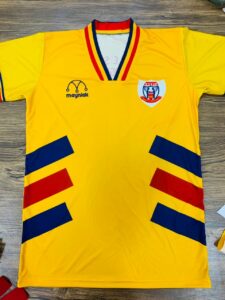 Alhaji Rhyzo assured them that as soon as the new camp wear, track suits and technical teams kits are ready from the manufacturers, a more elaborate unveiling will be done to showcase to the football family the new look of the club as it competes for laurels this year.
He reiterated the fact that with “Quality & Excellence “ as the club’s motto, management will leave no stone unturned in its bid to ensure that Tamale Soccer Angels become pace setters in identifying, grooming and developing budding soccer talents into Superstars.

Coming on the heels of receiving a 29seater bus a couple of weeks ago, the CEO thanked the President on behalf of the players and Technical team and pledged to go all out to win this year’s league.

The Captain of the side, Issah Musah Kudus aka Abanga was full of praise to the top hierarchy of the club for providing the club a new bus and apparel for the season.
He also prayed for long life , prosperity and divine blessings for the entire team.