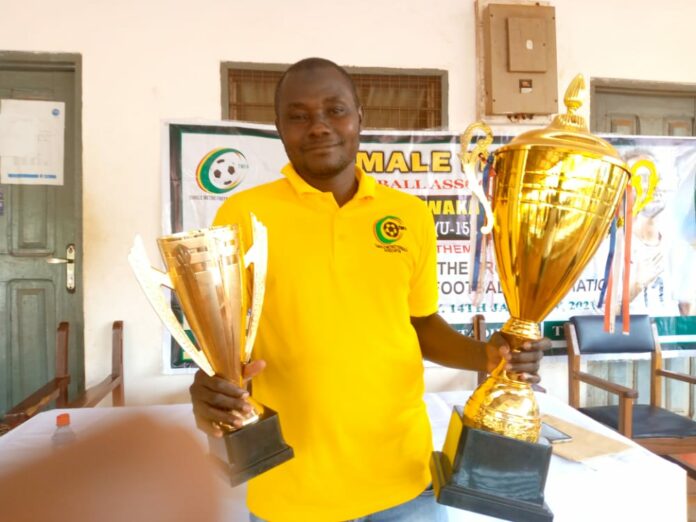 The Chairman of the Tamale Metro Football Association Abdul Aziz Ramzy has challenged upcoming soccer talents to view formal education as vital to their future development. He said even though hard work was essential for footballers becoming future super stars, the relevance of formal education should not be relegated to the background and encouraged them to take their books seriously.

Mr. Ramzy emphasised the need for education since without it footballers’ career could be truncated or made miserable by unforeseen circumstance.

The Chairman of the Tamale Metro Football Association was speaking at the Grand Finale of the Wakaso Annual Challenge Cup on Thursday, September 16 2021 at the Kalandan Park in Tamale.

The competition which is designed for the U-15 category of the juvenile clubs in the Tamale Metropolis is aimed at giving more playing time for U-15 players to complement the FA’s official programmes to develop the players. Great Eagles FC beat Tamale Real Republicans 4-3 on penalties to win the Maiden edition of the competition.

Mr. Ramzy urged coaches of the players to allow them proper access to education and create pathways for them to brighten their future.

“The coaches must encourage the children to go to school. That is why the training sessions are done in the evenings and matches played during weekends. So if your player comes to you in a school uniform during school hours, send the kid back to school” he urged.

Mr. Ramzy encouraged players who participated in the Wakaso Challenge Cup to emulate the disciplined lifestyle of Wakaso and some of the most successful players who had graced the game on the globe.

He commended Wakaso for agreeing to sponsor the competition without hesitation when the Metro Football Association approached him with the idea saying the competition will go a long way to development the players at juvenile level.