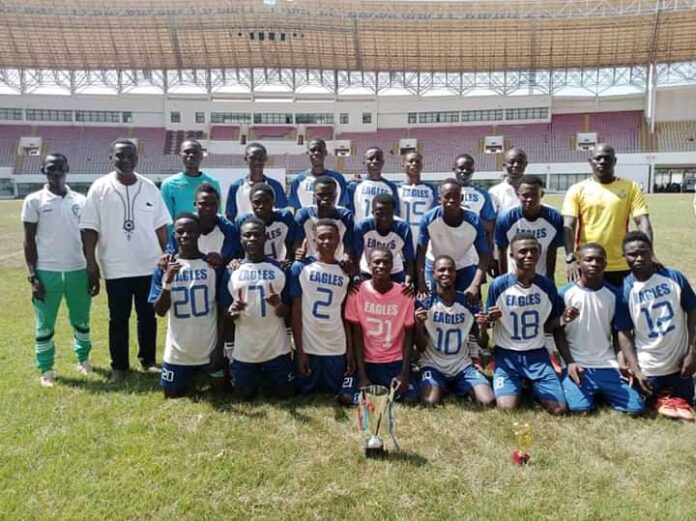 The U-17 side of Tamale Great Eagles Colts Club was on Saturday crowned the Northern Regional Juvenile league Champions after beating Young Lions FC by 6-0 in the Grand Finale of the Juvenile Middle League played at the Aliu Mahama Sports Stadium.

The four (4) clubs that made it to the middle league of the maiden regional Championship include Great Eagles from Tamale Metro, Young Lions from Sagnarigu Municipal, CFC from Kumbungu District and Soccer Lions from Yendi Municipal. 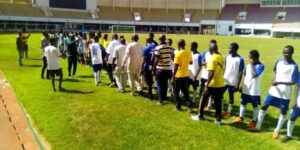 Per this feat, Tamale Great Eagles thus become Northern region’s representative in this year’s National Juvenile Championship slated for the 5th of December, 2021 in Accra.
Great Eagles received a glittering Trophy and a cash reward.

The overall best player received a miniature trophy in addition to the cash sum.
Addressing the gathering before the presentation of awards, the Northern Regional FA Chairman-Alhaji Abu Hassan Rhyzo advised players to be discipline at all times if they really want to play football as a career. 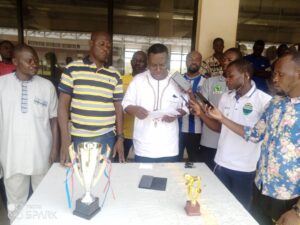 Coaches were encouraged to update their skills through refreshers to enable to imbibe the right techniques into the kids at the early ages.
Alhaji Rhyzo further entreated Great Eagles to be good ambassadors for the region and endeavor to make the region proud at the National Championship.