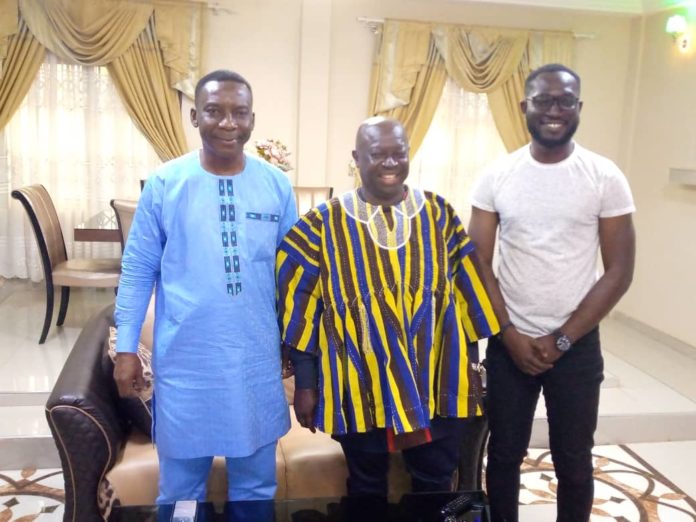 The president of the Sports Writers Association of Ghana (SWAG), Mr. Kwabena Yeboah and his Deputy Secretary General, Ohene Brenya on Friday paid a courtesy call on the Chairman of the Northern Regional Football Association, Alhaji Abu Hassan Rhyzo at his resident.

The engagement with the stakeholder was to share ideas and find ways of making journalism in the North a key factor in promoting sports development.

The meeting was part of the Interim Executives’ objective of introducing the RFA Chairman to the National President as well as to discuss major concerns affecting journalism in the Northern Region.

The Writer, as he is known in football circles, congratulated the RFA chairman, and urged him to take seriously, the mandate given to manage Northern football.

The RFA chairman on his part thanked SWAG for taking the initiative to finally come down to the North to inaugurate the Northern Regional branch. He pledged his support to the cause of the Association and hoped that the birth of the new born baby will streamline media activities in sports writing and presentation in the region.

Alhaji Abu Hassan Rhyzo said he is optimistic the future of journalism in the North is bright but will need to be sanitized in order to bring goodness to journalists.

He presented a smock to Kwabena Yeboah as a sign of appreciation for his role in sports development in Ghana and prayed more of his type will emerge from amongst those in the Region.