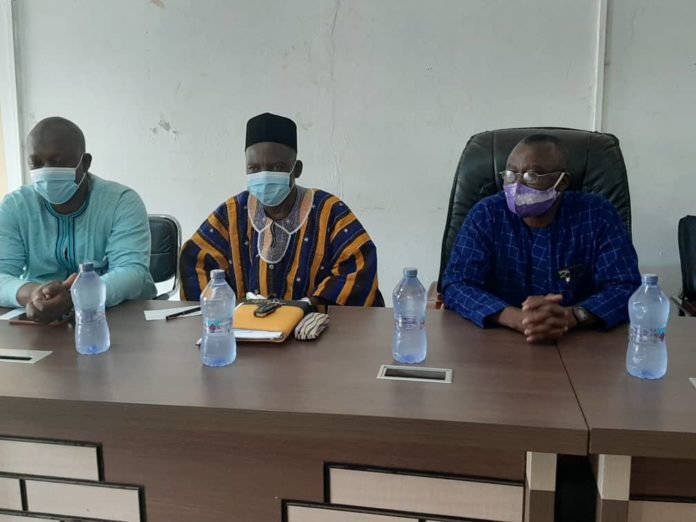 The Savanna Regional Minister Adam Salifu Braimah has commended the Chairman of the Northern Regional Football Association (NRFA) Alhaji Abu Hassan Mahamadu Rhyzo for his commitment to the development of football in the region.

He said the NFRA chairman has dedicated most part of his life and resources for nurturing footballers and building clubs in the region.
Mr. Braimah was speaking when Alhaj Rhyzo paid a courtesy call on him at his private residence in Salaga.

He led a delegation of Executive Council members of the NRFA to inaugurate the Salaga Municipal FA on Saturday, August 29, 2020 to help in the effective organization of football in the area.

The Regional Minister noted that the fact that Alhaji Rhyzo personally took the trouble to go through the bad roads to Salaga is a clear indication of his passion and sacrifices to improve the game.

“I thought you would have delegated somebody due to the rough nature of the road. But coming personally shows how serious you are about your work” the minister noted.

He pledged the Savanna Regional Coordinating Council’s support to the Salaga Municipal FA and the regional FA as a whole.

Mr Braimah also pledged an amount of one thousand Ghana cedis (GHS. 1000.00) to the Salaga Municipal FA to aid its administrative work.

He added the RCC is pushing the contractor working on the astro turf in Salaga to expedite action on the work to ensure the area as a world class facility for games.