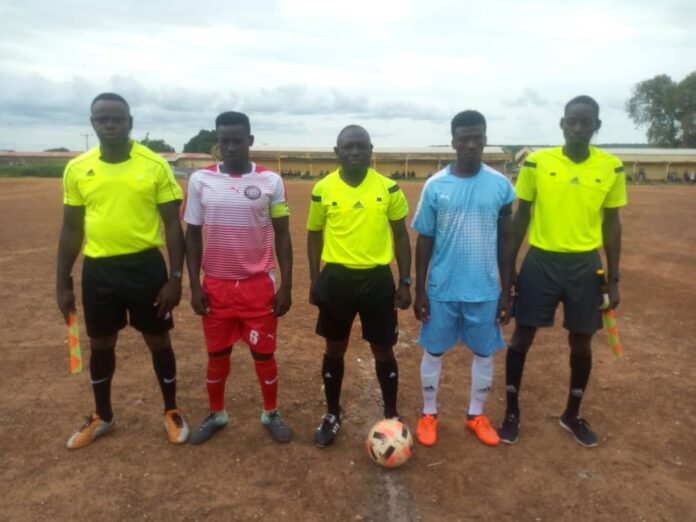 The Kaladan 1 Park on Wednesday will see a clash of the Titans when Real Republicans FC welcome Al Etifaq FC on Match Day 6 of the ongoing Northern Regional Football Association (NRFA) Division Two League in the Kaladan Zone.

It promises to reminisce the old rivalry involving the then “Real Republicans and Great Eagles” during the 90s.

Al Etifaq are joint leaders with Real Republicans on the standings with 8 points and 2 goals difference each.

STK Stars FC will continue their winning ways when they host Bole United at the Sawla D/A School Park.

They lead the Bole Zone standings with 10 points with Kanyiti FC and Pusher FC following keenly on 2nd and 3rd respectively with 9 points.

Elsewhere at the Walewale Astro Turf park, West Mamprusi United will seek to reassure themselves of a good season as they play host to BMC Stars FC. The host have drawn 2 games and won 1 having attained 5 points. This wasn’t what they signed up for, and are in anticipation to use this game to turn results around against the league leaders.

Meanwhile, Nanumba Soccer Boys will welcome Gmantambo Nationals to their home grounds. Gmantambo Nationals are not in good shape as they drew in all the 3 matchesthey have played so far, and are on the 5th spot on the league standings. Their opponents have won just a game, drew 1 and lost twice in their current campaign.

Below are the fixtures for Match Day 6: