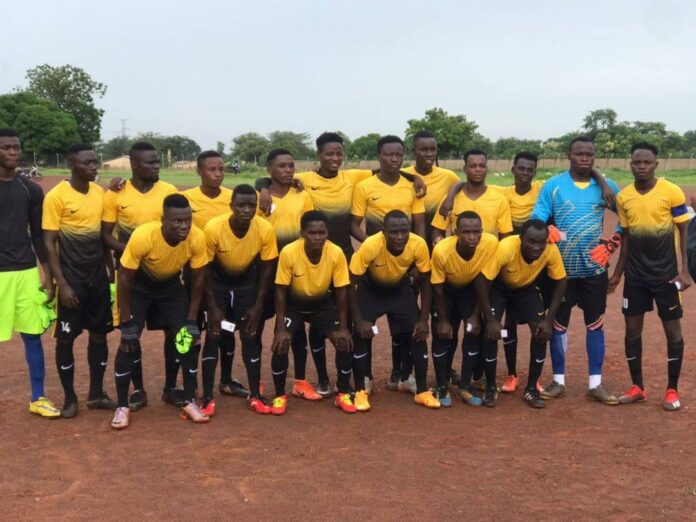 The Northern Regional 2020/2021 Division Two(2) League will experience its maiden edition of midweek fixtures among the 72 clubs across the region.

The Match Day 2 games will kick off on Wednesday at the various league centres with some clubs about to witness their first local derbies of the season.

In the BATCO Zone A on Wednesday, all eyes will be on the Zanwara FC game against Tamale Ultimate FC at the Stadium Annex. Rebranded Africaid WizKids United will play away from home, where they would be welcomed by Tamale Gangdu Stars at the Tampe Kukuo Field. Tiyumba FC will lock horns with Tamale Victory Stars at the Annex Bagabaga Ladies Field.

Elsewhere in the Kaladan Zone, Tamale Real Republicans who drew 2-2 at the GHANASCO Field with Northern City over the weekend take on Dynamos FC at the Kaladan Field 1. Both teams failed to win their first games in the competition.

Meanwhile, Tamale Liberty FC will be hoping to maintain the top spot when they battle Tamale Future Stars who were on standby last weekend and are yet to kick off this competition.

Elsewhere on Wednesday at the Bimbisec Park, Gmantambo Nationals will face Bimbilla New Era whereas Wulensi Sunkuli Stars also welcome Naamu Faith FC. Nanumba Soccer Boys who were on standby in that Zone, will have their season opener away from home on Thursday, when they play Sanaa FC at the D/A JHS Field. None of the teams in the Bimbilla Zone were able to pick the 3 maximum points last weekend.

On Thursday, Kasalgu Arrow Heads FC who pipped Dreams Tamale by a goal to nil away from home last weekend will face their local rivals for the bragging rights against Tamale Utrecht Football Academy who comfortably defeated Supafluos FC at the Islamic SHS Field. Northern Zaytuna welcome Dreams Tamale at the TATU Field whereas Tamale Sunrise FC take on Superfluous FC at the Stadium Main Annex.

Below are the rest of the fixtures in the other Zones: