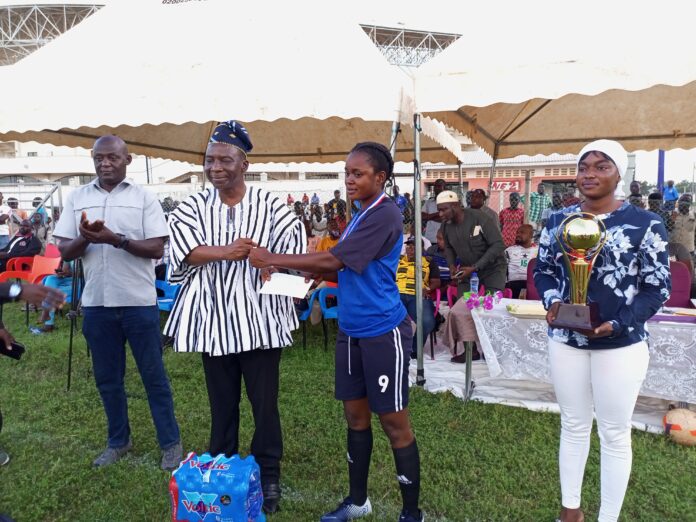 NRFA Chairman Alhaji Abu Hassan Mahamadu Rhyzo presented the cash prize to the Champions who drew 1-1 with FC Young Queens in a coronation match at the Stadium Main Annex in Tamale.

FC Savannah have also received from the NRFA a giant trophy and 40 beautiful gold medals for each of their players and technical team members.

Bagabaga Ladies FC who were 1st Runners Up in the competition, also run away with a cash prize of Gh₵600 and 40 silver medals for their players and technical team. They will represent the region as well, in next season’s Women’s FA Cup competition.

Tamale Super Ladies FC who were 2nd Runners Up in this season’s competition also walked away with Gh₵500 and 40 Bronze medals from the NRFA.

The NRFA Women’s Division One League competition is the first tier women’s league competition in the Northern Region. 10 clubs competed in the championship with 1 club as winner, qualifying to participate in the Middle League for a slot at the National Women’s Premier League.