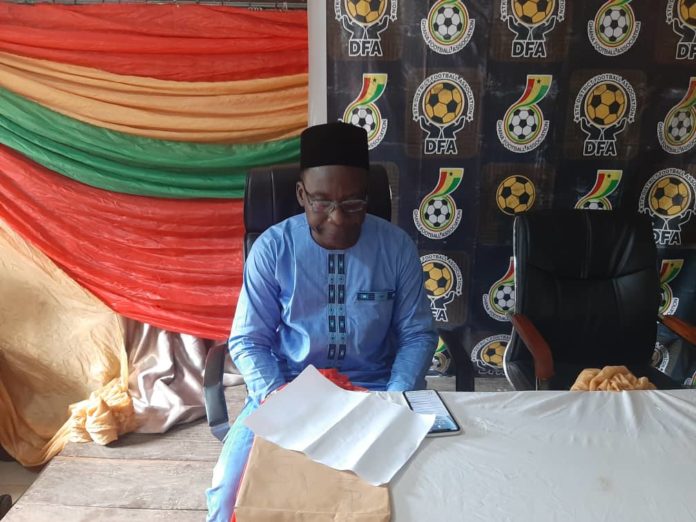 The Northern Regional Football Association (NRFA) has warned it would no more countenance rowdyism at match centres during organized competitions.

It said club officials who engaged in such misconducts would be severely punished in accordance with the Ghana Football Association’s disciplinary procedures.

The NRFA Chairman Alhaj Abu Hassan Mahamadu Rhyzo who gave the warning said rowdyism in football has the tendency to thwart efforts at reviving and developing the game to its full potential in the region.

“We have been moving round districts inaugurating DFAs to ensure smooth and sustained organization of the game at the grassroots level. We would therefore not allow individuals or group to derail our effort” he maintained

He noted that every football match has three outcomes which are win, lose or draw and wondered why a team would be fixated to only the win.

Alhaji Rhyzo was speaking at the inaugural ceremony of the Bole District football Association on Saturday, September 26, 2020.

The NRFA Chairman advised team managers, players and supporters to be disciplined both on the field and off the field.