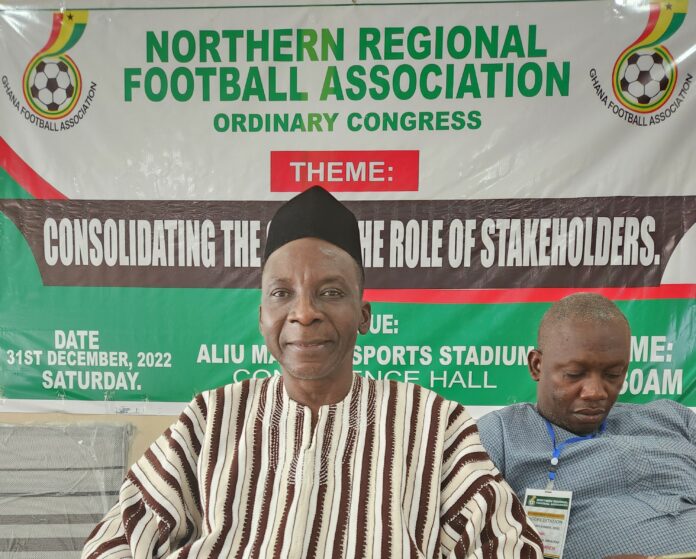 *69 teams will play the 2023 Division 2 League. They will each receive 2 footballs from the RFA.

*Demoted clubs will receive 1 football each.

*Each Women’s club will receive 3 footballs each.

*19 DFA’s will be supported with ¢600 to support Juvenile Football.

* RFA Honors Lawyer Terror for serving the RFA for over 15 years now. He received a citation.

*Working Committees will be reconstituted.

*Game Center will be worked on especially Bimbilla & Nanumba North will be looked at.

*Old Players Association will be supported with 3 footballs & ¢1200

*Media Welfare Fund will be established with a personal donation by the RFA Chairman Alhaji Rhyzo of ¢2,000.

*Alhaji Ryzo made delegates to be on their feet to observe a minute silence for Northern Region losing various sports personalities within the year including Alala Sylla, Majeed of FC Tamale, Alabi Abdul Rahaman of Yelzoli FC.