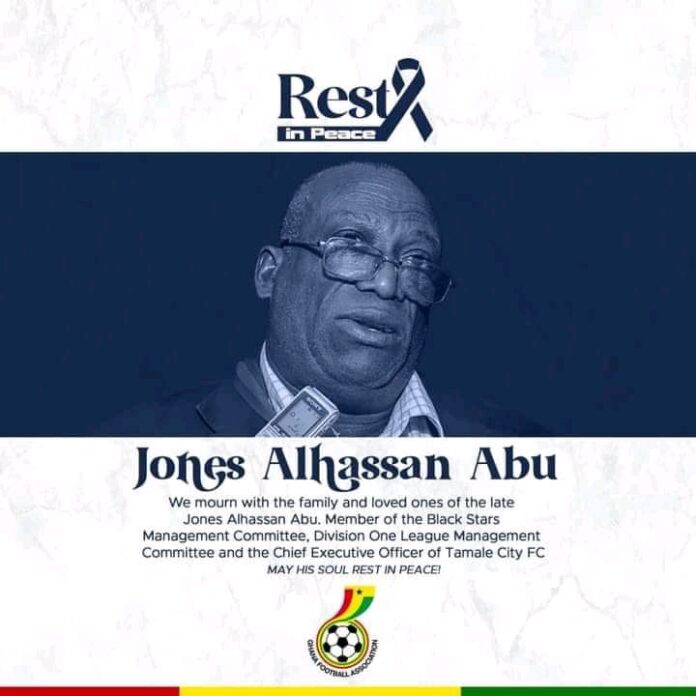 On behalf of all stakeholders and the football fraternity in the Northern Region , the Executive Council Of the Regional Football Association sends it’s condolences to the family of our late brother, Alhassan Jones Abu.

His untimely demise is seen as a monumental loss not only to the football industry in the north but Ghana as a whole.

As human as he was, he may have his flaws, but nonetheless he remained a colossus who came in handy to share his wealth of experience and intellect as and when duty called.

As we mourn his painful exit, it’s our prayer that the current crop of football Administrators up north and the country at large will dedicate more time to learning the tenets of the game and impacting the football industry positively.

The Northern Regional Football Association Chairman, Alhaji Abu Hassan Rhyzo also had words of encouragement for his colleagues and management Committee members of the Black Stars, Division One League Board, Real Tamale United and Tamale City F/C, where he served as Chief Executive Officer until his sudden death to remain strong and work assiduously towards chalking a lot of successes to glorifying his name.
Fare thee well, JONES!!!