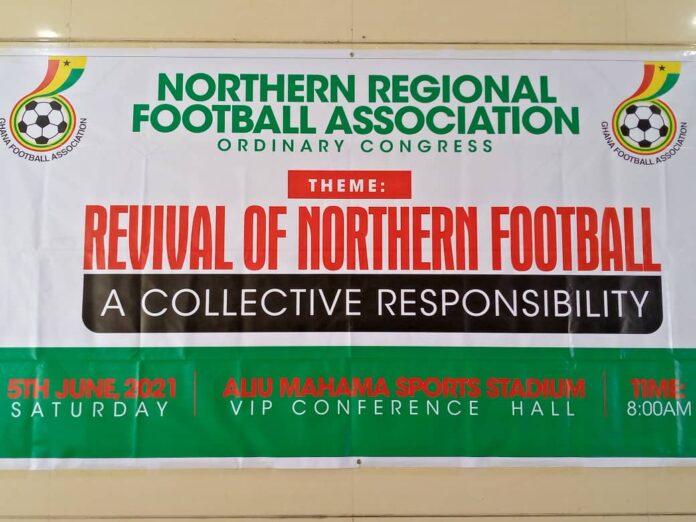 The Northern Regional Football Association had its Annual Ordinary Congress at the Aliu Mahama Stadium VIP Conference Hall today ahead of the new season.

Addressing Delegates at the Congress, the NRFA Chairman Alhaji Abu Hassan Rhyzo encouraged all stakeholders to come on board to move the Northern game forward.
He opined that, no single individual can bring about the needed transformation, hence the call on Club owners, Supporters, the Corporate world, match officials and the media to play a more proactive role to ensure the realisation of set objectives. 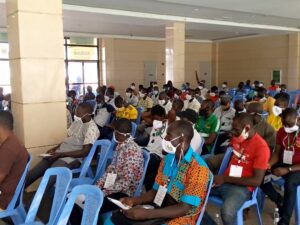 Alhaji Rhyzo particularly appealed to the media to be at the forefront of educating and encouraging other stakeholders to contribute their quota towards the upliftment of the Northern game. 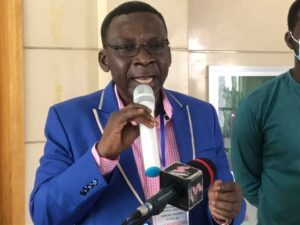 He concluded by imploring coaches to continually update their skills and also adopt modern trends in Coaching , so as to be able to churn out the Shilla Iliasus, Mohammed Gargos, Hamza Mohammeds, Mubarak Wakasos, Abdul Majeed Warris and the Abdul- Fatawu Issahakus among others.

In all, about 150 participants made up of delegates, ExCo members and observers were in attendance.