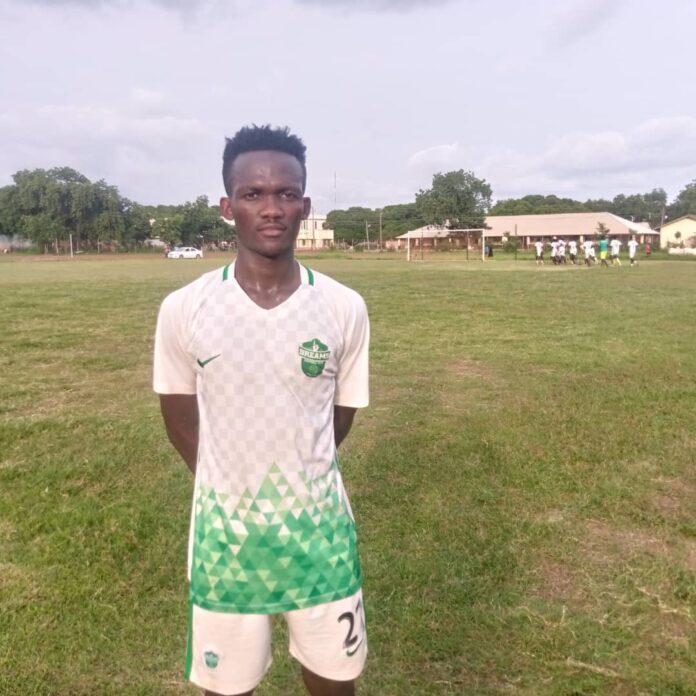 Ismail Ibrahim left Tamasco Field with the match ball on Thursday as he scored his first hat-trick for the club to help Tamale Dreams move to second on the Zone B table in the ongoing Northern Regional Football Association (NRFA) Division Two League.

The goals took his tally to 5 in the campaign as he scored a brace in their last 7-0 drubbing over Superfluous FC.

Ismail first goal was too easy as he was allowed the time to cut inside between the Tamale Sunrise FC defense in the 35th minute of the game.

His second goal came in the second half on the 50th minute when Mohammed Kaleem of Tamale Sunrise FC missed to clear his lines, leaving the ball for Ismail in a 1v1 situation with the goalkeeper.

The former Tiyumba FC attacker grabbed his third in the 60th minute when he tapped in from a close range through Abubakar Salim cross from the wing.