Last year’s Northern regional division two 1st runner up Tamale Soccer Angels, got the 2021/22 league season to a flying start by pipping Tamale Victory Stars by a lone goal at the TATU Park.

Super sub, Isaac Nakwi was the chap who came on in the dying embers of the game to score that lone goal thereby securing the three maximum points for Soccer Angels who were playing away from home and sparking jubilation amongst their supporters and well wishers.
Playing their first match of the season after being on stand by in week one and sporting their newly outdoored yellow stripes, the youthful Soccer Angel lads drew a lot of rings around their opponents who were visibly panting for breath. 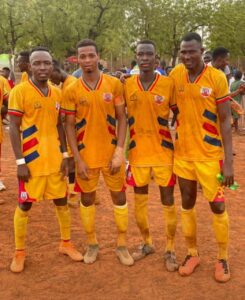 By the half time mark, ball possession stood at 65 – 35 percent in favour of Soccer Angels who were inspired by the towering presence of club President Alhaji Abu Hassan Rhyzo.
Victory Stars were lucky to have escaped from an avalanche of goals at the end of proceedings. 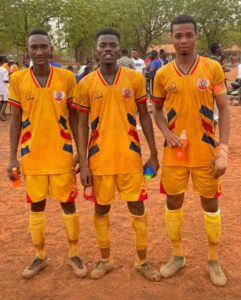 However, the solitary goal which was beautifully converted through a set piece was good enough to annex the 3 vital points at stake.
Coach Abdul Salam of Soccer Angels deserves praise for reading the game accurately and making 3 Substitutions at the same time in the last quarter of the game , one of whom grabbed the winner for his side.

Coach Salam however needs to work seriously on his attack to enable them convert the numerous chances that his buoyant midfielders created. Players like Rauf, Drah and Kamil need to be more clinical in front of goal. 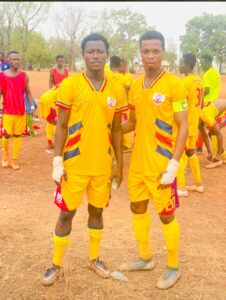 The quartet of Captain Abanga , Tonto and Nasir in defence as well as the trio of Aziz Jato, Essien and Oscar in midfield respectively were a delight to watch.
No wonder the Most Valuable Player Award (MVP) at the end of 90minutes went to none other than Fuseini Abdul Aziz (Jato).

Goal keeper Mohammed Amin equally deserves a pat on the shoulder for keeping a clean sheet in the game. Inspirational words at halftime from the CEO of the club, Mr Fareed Abu Hassan did a lot to ginger the boys against an unyielding opposition that finally caved in under intense pressure.
Congratulations and continue to uphold the MOTTO of the club, which is ‘Quality & Excellence’.