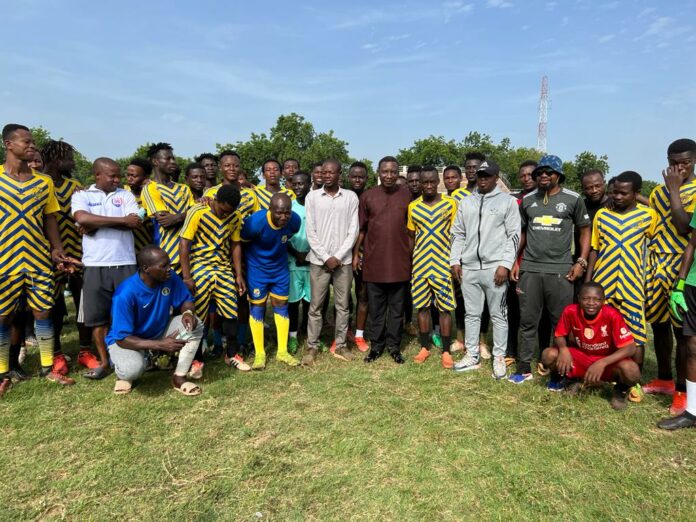 The Executive Council of the Northern Regional Football Association led by it’s Chairman, Alhaji Abu Hassan Rhyzo has paid a courtesy call on Tamale City Football Club at their training grounds at the Tamale Senior High School field to commiserate with the club following the unfortunate attack on the team that saw several of their players injured and the team bus badly damaged in the aftermath of their league encounter against Baffour Soccer Academy at Nsoatre. 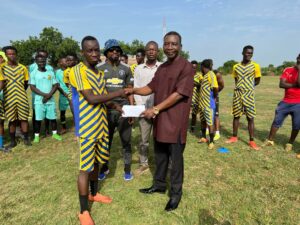 The Regional Chairman in sympathizing with the team, also urged them to quickly put the unfortunate incident behind them and remain focused on the remaining league matches left to end the season.

Alhaji Rhyzo encouraged them to be emboldened by that mishap and rise to the occasion by ensuring qualification to the premiership.

The regional chairman equally advised the teeming supporters of the club to remain calm whilst management and other stakeholders continue with engagements that will find a lasting solution the problem.

He appealed to the support base to trust the process and have faith in the adjudication bodies of the FA to deliver justice at the end of the day.
The regional chairman on behalf of the Northern Regional Football Association presented a sum of Ghc1,000 and 10 boxes of Bel-Aqua mineral water to Tamale City FC. 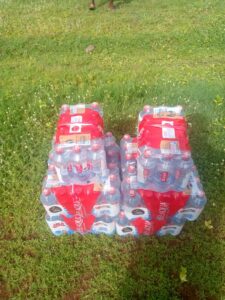 Alhassan Abass, the captain for the side who received the cash donation, thanked the Regional Football Association for the gesture.
Head Coach of the side, Mr Hamza Mohammed also thanked the RFA chairman and his team for the visit and gave the assurance that they will continue to do the needful to ensure that they make the region proud.