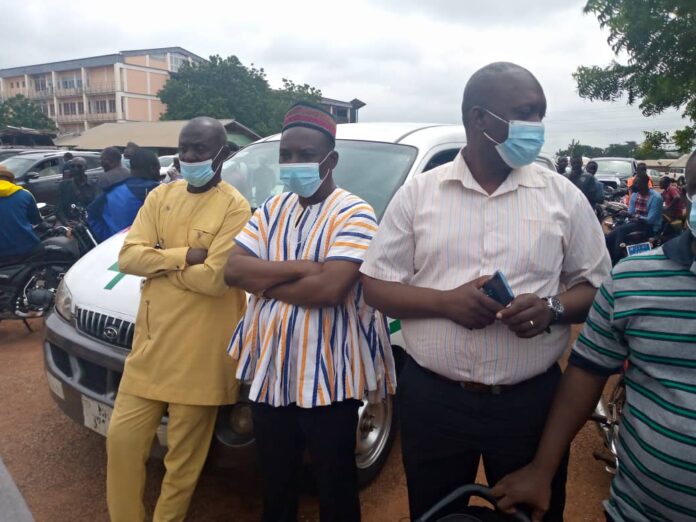 The Northern Regional Chairman of the RFA, Alhaji Abu Hassan Rhyzo led a 5 member delegation from the region to represent the President and Executive Council of the Ghana Football Association at the burial ceremony of the late Black Stars Management Committee member, Alhassan Jones Abu.

The high powered team was at the morgue of the Tamale Teaching Hospital to pay its last respect to our departed colleague and also accompanied the body to its final resting place at the Zujung Cemetary in Tamale. 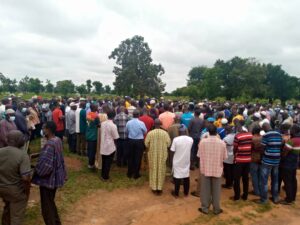 The delegation led by the NRFA Chairman further moved to the family house of the late Jones where prayers was said for the departed and the road map for the funeral rites unveiled.

The family elders were assured that a high powered delegation led by the GFA president, Mr. Kurt Okraku will be in Tamale to grace the final funeral rites slated for Sunday, the 22nd of August, 2021 whilst the regional chairman will continue to act as liaison till the funeral rites are over.

The family head was full of praise to the FA for ensuring that their late brother’s body was airlifted from La Cote d’Ivoire to Tamale for burial.
The 3 days funeral rites will be on the 15th August, whilst the final funeral rites comes off on the 25th August, 2021.
The football fraternity were there in their numbers to give the deceased a befitting burial.