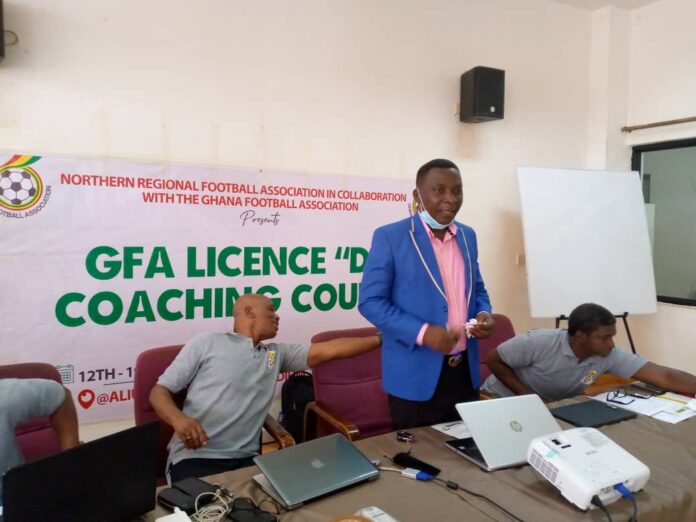 The Chairman of the Northern Regional Football Association, Alhaji Abu Hassan Rhyzo has redeemed a pledge made to all female participants who had enrolled to do the Coaching Licence “D” Program in the region.

At the Opening Ceremony of the first batch of the Coaching Licence “D”, Alhaji Rhyzo pledged that an amount of Ghc300 which is half of the enrollment fee will be refunded to all 6 ladies who took part in the Coaching program.

This he said was the regions way of encouraging more females to take up Coaching as a profession.

In fulfillment of this promise, the NRFA Chairman gave out a total sum of Ghc1,800 to the 6 female graduands who completed the Coaching course.

He cautioned them to eschew laziness and also not to feel intimidated by their male counterparts in the discharge of their duties.

On behalf of the female Graduands, Ms. Umar Salimu, thanked the RFA Chairman for the cash received and promised they will live up to expectation when they start work in their respective communities.