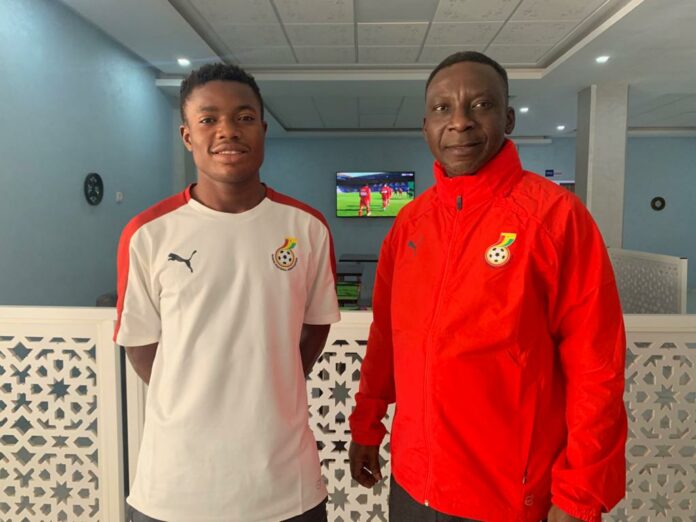 He particularly praised Fatawu for displaying sharp instinct and a high level of technique by spotting the opposing goalkeeper off his line and sending that 43-yard of a volley straight into the net for Ghana’s second goal of the day.

He advised him to remain focused and churn out greater performances in the remaining matches.

Alhaji Abu Hassan Rhyzo counseled him to remain disciplined since his performance at both the Starlets level where he was the Captain and the Black Satellites front, makes him a model to a lot of juvenile players up north and by extension the country as a whole.

The NRFA Chairman and Abdul Fatawu Issahaku had this engagement at the Plush Valencia Airport Hotel in the Port City Of Nouadhihou in Mauritania.

The match between the Black Satellites and their Tanzanian counterparts ended 4-0 in Favour of the Ghanaian Under-20 side.

Alhaji Rhyzo implored all Ghanaians to continue to pray for the team to bring the coveted trophy home as it did during the WAFU “B” tournament in Benin a couple of months back.
Ghana takes on Morocco in the second match on Friday night.