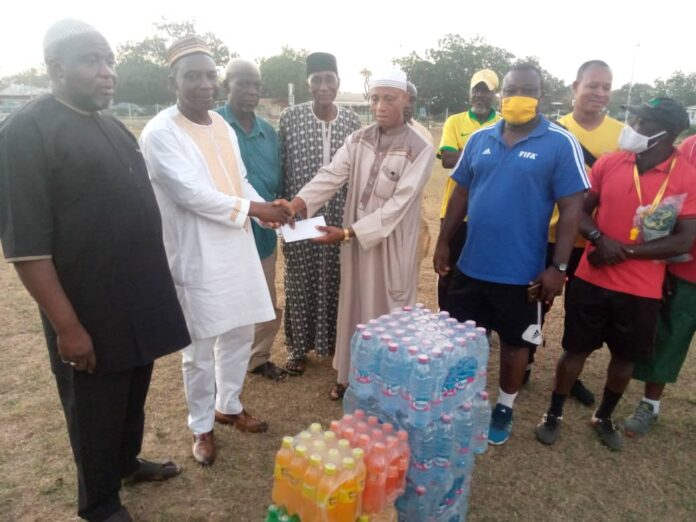 Northern Regional Football Association (NRFA) Chairman Alhaji Abu Hassan Rhyzo has donated assorted items and a cash amount to the playing body of Division One League side Real Tamale United (RTU) ahead of the 2020/2021 league season.

The NRFA chairman donated bottled water and other assorted items to the leadership of the club, as part of his support for the players, ahead of the new season.

Former Black Stars player and now CEO of RTU Alhaji Ahmed Dauda Jaato received the items on behalf of the club, as they gear up towards the return to elite football in Ghana.

Before his election into office, the former Guan United CEO supported RTU with a Gh₵1,000 during the Normalisation Committee Special Competition.

It is the first time the NRFA Chairman has visited a Division One league side ever since he was elected into office.

He urged the players to exercise a little bit restrain, and also train very hard to bring the oldest Division One League club back to the Ghana Premier League.