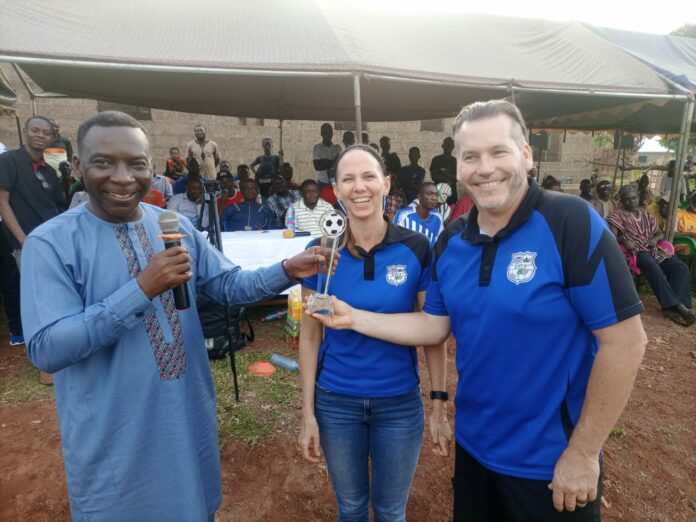 The ceremony of the commissioning was done on Saturday.

The pitch which has a FIFA standard measurement of 130 by 90 yards, was constructed and financed through the partnership of American, John David Wickham and Tampe Kukuo Gangdu Stars a Division Two(2) based club in Northern Region. 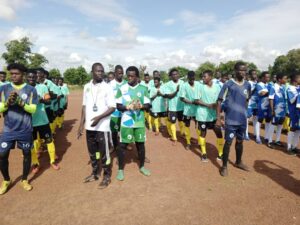 Chairman Rhyzo at the ceremony reiterated that the project is one of the best of its kind and commend Gangdu Stars SC for putting in efforts to improve upon its sports infrastructure.

He urged the management and technical team of the club to continue to work hard to seek more sponsorship in the form of logistics and technical know-how in order to develop talents in the Tampe Kukuo area.

The Ghana Black Satellites Management committee member made a personal donation of over hundred Euro (£100) to support Tampe Kukuo Gangdu Stars “for such a wonderful organization”.

He showed maximum appreciation to the JD Family by donating a trophy to them and indicated that “we should not always be at the receiving end but rather, we should also be ready to give out to others as well”.

He thanked the chief of Tampe Kukuo N’yab Zakaria Saliya and his elders for donating the piece of land free of charge to put up such a facility to develop football talents in the region.