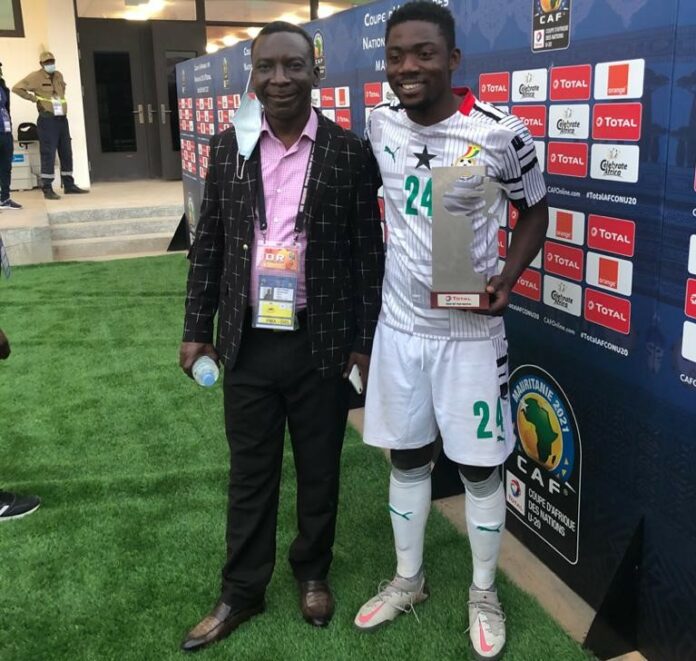 The Chairman of the Northern Regional Football Association (NRFA) and Black Satellites Management Committee member, Alhaji Abu Hassan Rhyzo  has commended the impact of Black Satellites super sub, Frank Boateng who scored the equalizer for Ghana and also won Man-of-the-Match in the game against Cameroon.

He advised players on the bench not to be passive spectators but be very attentive and read the game so as to make an impact whenever the opportunity avails itself for them to go on to the field and contribute to the success story of the Black Satellites.

He ended by calling on Ghanaians to continue to pray for the team.

Ghana and Gambia will face off for the second time at the Total Under-20 Africa Cup of Nations (AFCON) in Mauritania when the two West African sides clash at the Olympic Stadium in Nouakchott on Monday in the first semi-final at 4:00 pm.