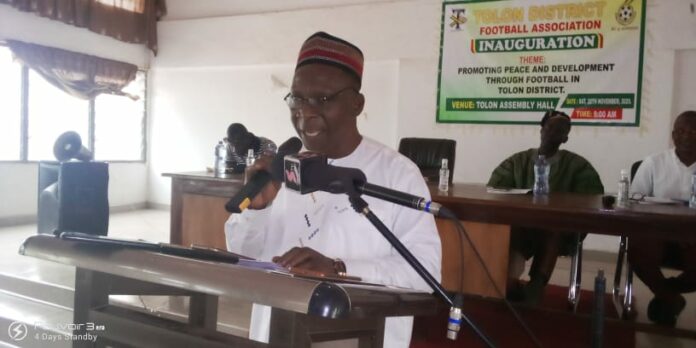 Chairman of the Northern Regional Football Association (NRFA), Alhaji Abu Hassan Rhyzo has charged Chairpersons of the District Football Associations (DFAs) in the region to involve the Ghana Education Service (GES) and other key stakeholders in the planning of their activities in order to achieve their set objectives.

Speaking at the inauguration of the Tolon District Football Association in Tolon, the RFA Chairman reiterated the fact that 90% of Juvenile and Third Division players are minors who fall under the jurisdiction of the GES. Hence the need to work harmoniously with them to ensure the proper development of the kids and the game. 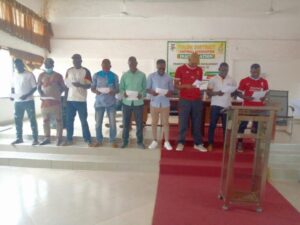 Alhaji Rhyzo also mentioned the District Assemblies, Security Agencies, National Ambulance Service, Traditional rulers, NGOs, Parents and the Business Community as key stakeholders that DFAs should collaborate with, in their respective districts so as to get the needed support to see to the implementation of their programs.

The RFA Chairman, who is a former CEO of Division One side Guan United also used the opportunity to appeal to Clubs and Communities to eschew violence and rowdyism which has the potential of driving away prospective investors.

He ended his address by encouraging all clubs with challenges to always channel their grievances through the District Chairmen for redress since the doors of the RFA are always wide open to receive them.