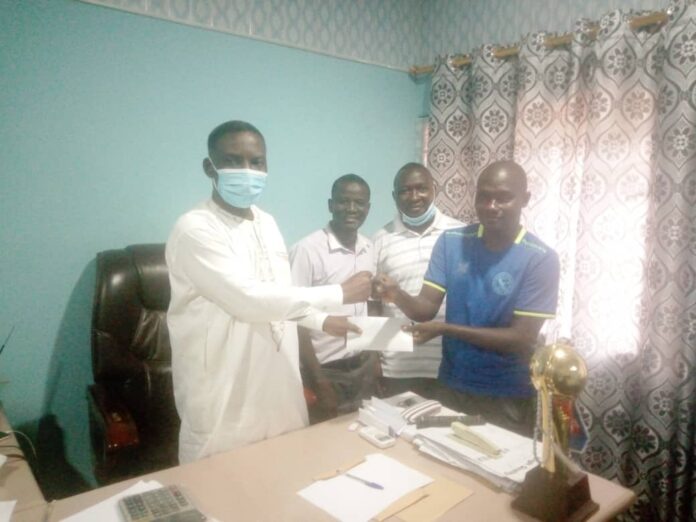 The association presented a proposed working document for the program to the father of football in the region last month for his study. After going through the document, Alhaji Rhyzo approved the document and went ahead to present an amount of GHC1,100.00 which was the budget for the one day program to the leadership of the Tamale Metro Football Association led by its Chairman, Abdul-Aziz Ramzy. The presentation was done in the NRFA Chairman’s office on Tuesday, 27th April, 2021.

The program, dubbed Alhaji Rhyzo Soccer Festival is aimed at supporting grassroot coaches with the knowledge and ideas of handling players at the grassroot level.

The RFA chairman in his campaign manifesto promised to develop grassroot football in the Northern Region and it is believed that the surest way of doing it is through capacity building of grassroot coaches to enlighten them on what is expected of them as far as modern football is concerned.

The one day capacity building program for grassroot coaches in the Tamale Metro will serve as a preparatory activity towards the start of juvenile football competitions which is set to be launched on Wednesday, 28th April, 2021 by the Ghana Football Association.

Alhaji Rhyzo after presenting the money to the leadership of the Tamale Metro Football Association assured them of his continuous support to the association towards the development of grassroot football.