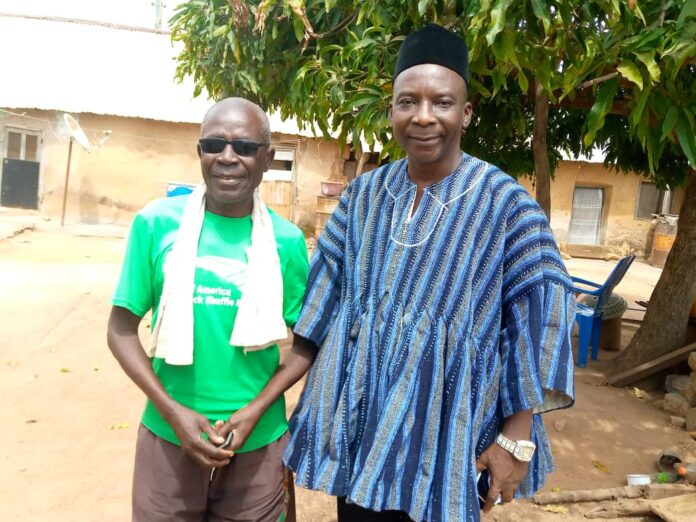 The NRFA Boss was in the Nanumba North Municipality for the inauguration of the Football Association and used the opportunity to also pay a visit to the former Ghana international who has been battling with sight illness in recent times.

Amusah Gbadamosi played for the senior national team between1964-76 and was also a member of Ghana’s 1965 African Cup of Nations winning squad. After stints in Nigeria he joined the Black Stars to participate in the 1968 Olympics in Mexico.

The former Hearts of Oak stalwart shared his appreciation for the visit and prayed for the new NRFA Chairman, who made a personal cash donation to support him.