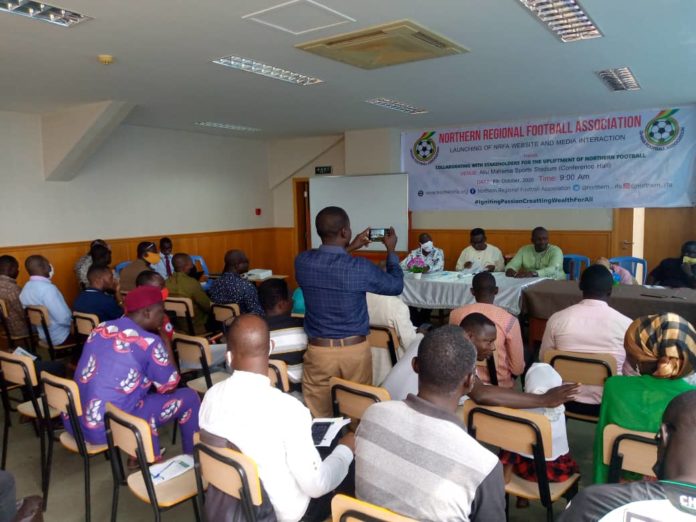 The Chairman of the Northern Region Football Association (NRFA) Alhaji Abu Hassan Mahamadu Rhyzo has made a clarion call on the media to ensure football in the region receives the attention it deserves.

Alhaji Rhyzo believes the media as a major stakeholder has a big role to play in the paradigm shift to portray the local football to the rest of the world.

He was speaking at the official launch of the NRFA website and other social media handles on Tuesday, October 06, 2020, at the Aliu Mahama Stadium in Tamale.

The launch was under the theme: Igniting passion for the upliftment of football

The NRFA Chairman maintained that the game of football is something that cannot be done in the quiet, saying the unveiling of the website and the social media platforms will therefore ensure visibility of soccer activities in the region.

“The media is a very important ally if we want the game of football to progress in this region.

“The essence of this meeting is to appeal to the media to come on board so we can move the game forward” Alhaji Rhyzo noted.

Northern football over the years has suffered some setbacks, much of which has been blamed on bad media reportage.

But Alhaji Rhyzo has admonished the media to see themselves as “key drivers” of the brand, to make it one of the best in the country and the world as a whole.