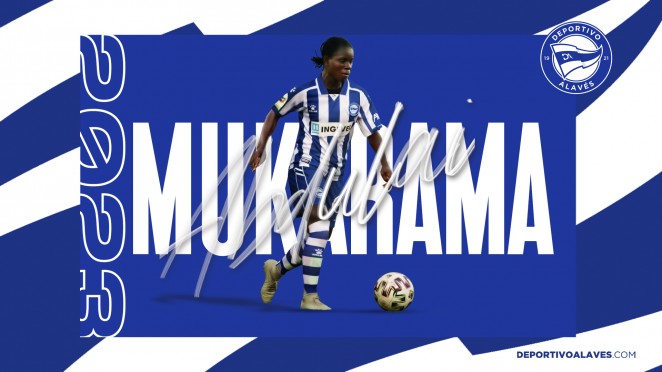 The ex-Nothern Ladies player who just Completed a stint with Tyler Academy of USA where she won a lot of laurels for herself and the school joined the club on a two-year contract.
And according to Alhaji Rhyzo, he was hugely impressed with Mukarama’s qualities after her outings with the National women teams.

According to him, Mukarama has the qualities as a player and is convinced that with discipline, hard work and perseverance, the sky will surely be her limit

“I am not surprised with Mukarama’s move to Deportivo Alaves Femenino,” he told NRFA Communication Bureau.
“I can only wish her the best of luck because we need such players in our country,” he added.