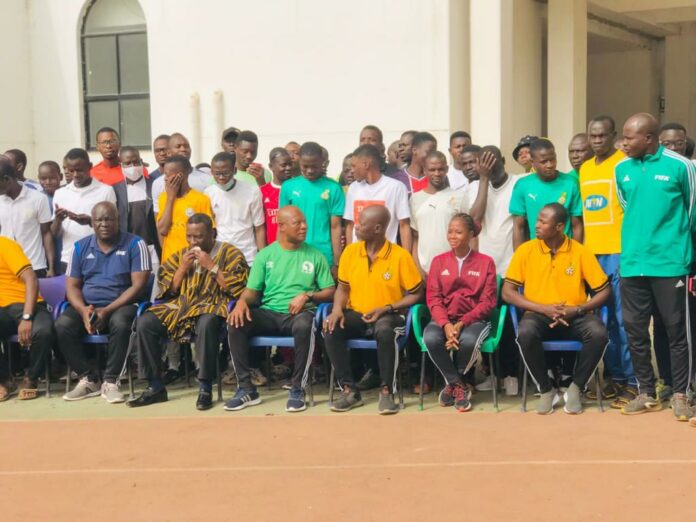 A three (3) day refresher course aimed at equipping refereee’s in the Northern region with the necessary know-how for the upcoming season is currently underway in Tamale.
The course which commenced on Friday, 6th January,2023 is slated to end on Sunday, the 8th of January, 2023.

Addressing participants at the opening ceremony, the Northern Regional Football Association Chairman, Alhaji Abu Hassan Rhyzo commended referees in the region for their high level of performance last season. He said out of the 632 matches played in the just ended football season, it was only in 3 matches that we experienced some incidents.
He however cautioned them not to be complacent, but ensure that we have an incident free season as the league kicks off on the 13th of January, 2023. 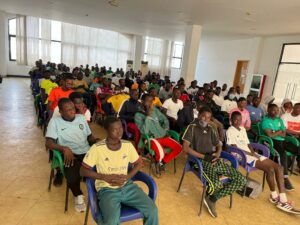 Opening the session, the NRFA Chairman lauded the Northern Regional Referees Manager Mr. A.A. Alhassan and his team of Instructors for their wonderful output so far and advised participants to be very very attentive in a bid to imbibe and implement all that they will be taught during the refresher.
He further emphasized on the need for referees to be disciplined, both on and off the field of play. 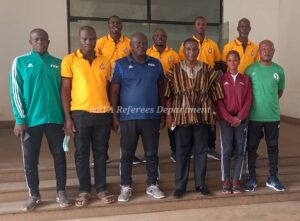 The NRFA capo reiterated the fact that, “discipline is not about saluting senior referees anytime you meet them, but rather timeliness in arriving at match venues, following through with all protocols pertaining to matches, being smartly dressed and interpreting the rules of the game without fear or favour “.

Alhaji Rhyzo equally pledged the Northern Regional Football Association’s continues support for refereeing in the region, hence the decision by the NRFA to fully fund the three (3) day refresher without the referees contributing a dime.
The regional chairman was full of praise for Mr Alex Kotey, the National Referees Manager for taking time off his busy schedule to be part of the 3-day session.
Chairman Rhyzo also gave the hint that Assessors will be deployed this season to monitor the performance of referees at match venues. 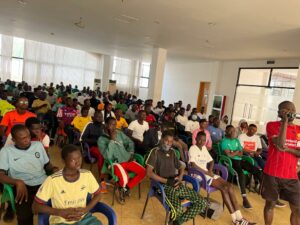 He praised the FA Capo, Mr Kurt Okraku and his ExCo for the prominence been given to the “Catch Them Young” referees concept and promised the RFA’s support to actualise that dream.
He also presented two (2) footballs to the referees to aid their training sessions.
On his part, Mr Alex Kotey advised the “knights of the whistle” on the need to uphold integrity, if they want to earn the trust of the clubs and the viewing public.
Notable personalities present were FIFA referee Barikisu, retired FIFA referee Haruna Ayuba and Mr Iddrisu Ewuntomah, a retired referee/ regional sports development officer.