Having completed the Zonal leagues as well as the Sub-Middle leagues respectively, six clubs have emerged as contenders to vie for honours in the middle league of the men’s division two competition slated to kick off in Tamale on Wednesday, the 22nd of June, 2022.

In all 73 clubs commenced the Journey in the Zonal leagues, narrowing down to 20 at the Sub middle league stage and finally to six in the middle league.
Attached are the fixtures: 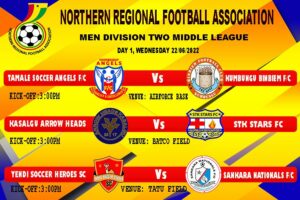 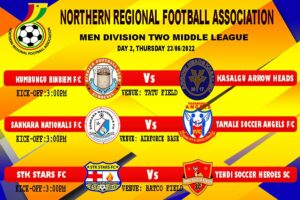 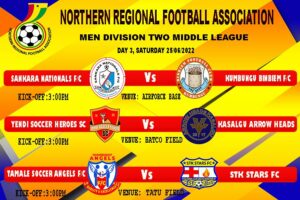 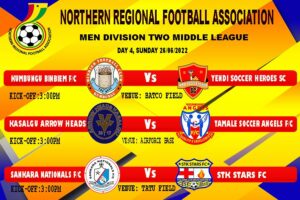 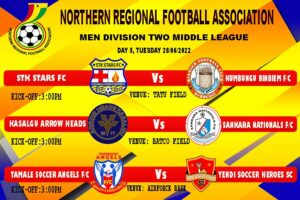 The Tamale Airforce Base field, Tamale Technical University field as well as Bagabaga College of Education’s school field will be the venues for the matches.
The NRFA wishes all teams the best of luck.