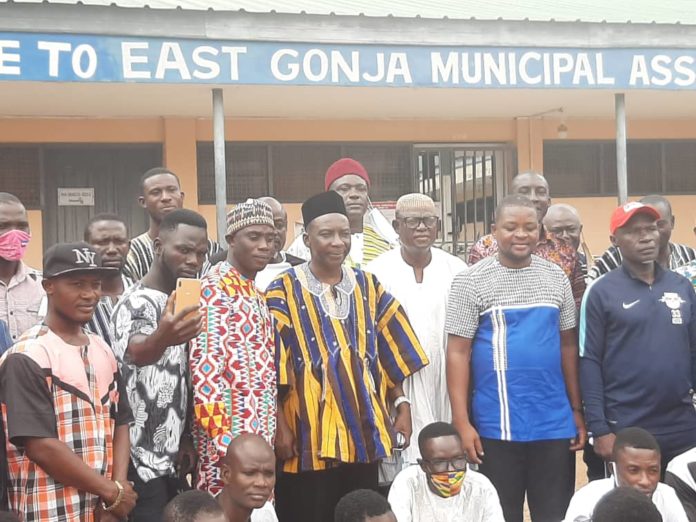 The Municipal Football Association becomes the first FA at the District, Municipal and Metropolitan Assemblies to be inaugurated.

Speaking during the inauguration, Chairman of the Northern Football Association, described stakeholders of the game as “experienced people with a wide range of experience”.

The former CEO of Guan United was confident these personalities would bring their rich experiences to bear by making incisive inputs which would help reform football development in the area.

Alhaji Abu Hassan Rhyzo task the Chairman of the Salaga Municipal football association and the various committees to make proposals to address some of the challenges hampering the development of football in the area.

He charged players, coaches and management of clubs in the Municipality to support activities of the Municipal Assembly so that they can receive help when they approach the Assembly.