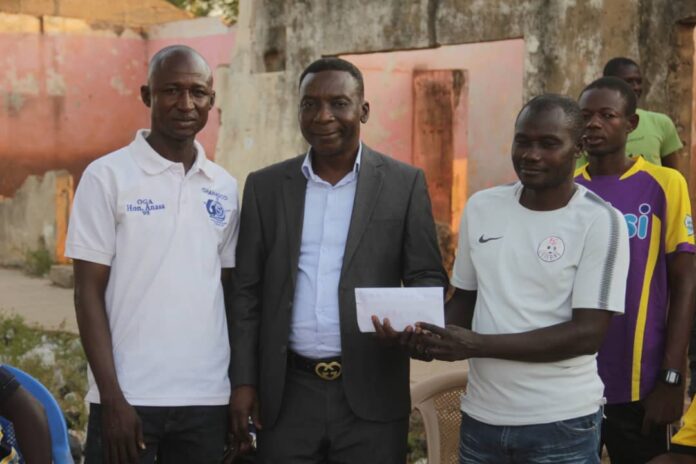 The Executive Council of the Northern Regional Football Association was at the training grounds of Tamale Great Eagles to interact with the management and playing body of the regional juvenile champions as well as bid them farewell as they prepare to leave for the national KGL U17 Championship slated to commence in Accra on Monday.

The Regional Chairman, Alhaji Abu Hassan Rhyzo who led the team of ExCo members advised the playing body to be disciplined and comport themselves whilst in Accra for the Championship. 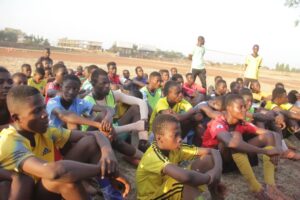 The team was advised to be worthy ambassadors of the region at the tourney.
Alhaji Rhyzo further pledged the entire regions support for the team.
The playing body was advised to be more focused on the competition instead of spending long hours on mobile phones.

He ended his brief speech by presenting ten (10) packs of Voltic mineral water and an amount of Ghc1,000 as support for Tamale Great Eagles. 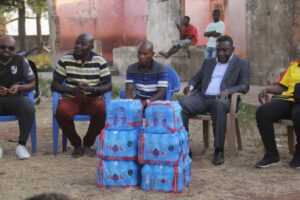 Mr. Ramzy, the Metro Football Association Chairman thanked the RFA for the kind gesture and promised the team will make the region proud.