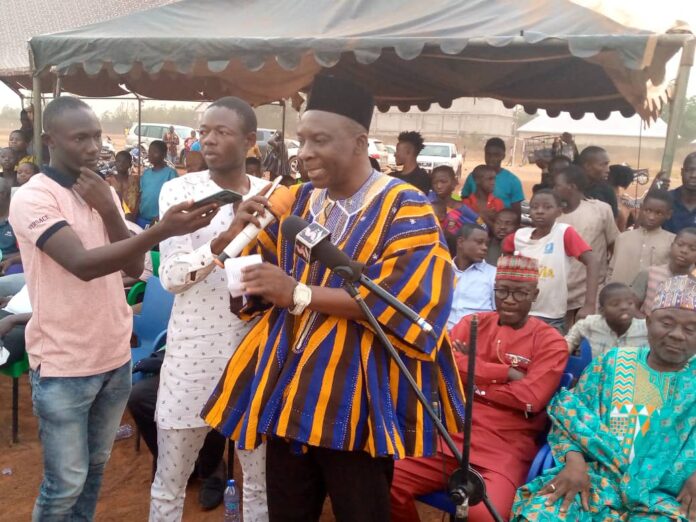 Chairman of the Northern Regional Football Association, Alhaji Abu Hassan Rhyzo on Sunday charged old players whose careers were disrupted by injuries and other impediments to venture into coaching to enable them achieve something better in the future.

The current NRFA Boss who since winning the elections to occupy the hot seat, has in the past indicated his readiness to work hand-in-hand with former Footballers and old players who handle clubs without formal coaching in his administration.

Speaking to audiences at the Annual Award ceremony of Tamale Real Republicans at the Kaladan Park, the former Guan United CEO advised the old players to engage themselves in the Technical aspect of Football so they can impact their experience to the young ones and for better ideas since they have more knowledge about the game, based on their experience.

“To the Old Players, if you failed to realize your dream as a professional footballer either through injury or any other reason, I’ll entreat those of you who still have passion for game to take up coaching as a career to help groom and develop the young ones.
Luckily for each one of you, the GFA will be rolling out the Coaching License “D” program very soon and I will entreat you to enroll to be trained as  Certificated Coaches”. Alhaji advised.

The RFA chairman said he would love to have these stakeholders close to him as he plans in changing the face of football in the Northern Region despite being in office for just over a year.

He however heaped praises on the organizers of the event for the initiative and encourage other clubs to emulate the efforts in awarding club administrators and people who have contributed in bringing the game to this far.

Alhaji Abu Hassan Rhyzo at the occasion supported with an amount of 500 Ghana cedis.