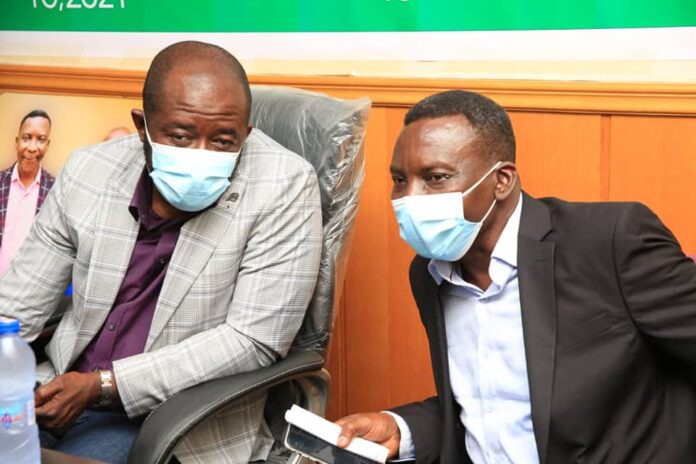 President of the Ghana Football Association, Mr Kurt E S Okraku says he has absolute confidence in the administration of Alhaji Abu Hassan Rhyzo to transform football in the North.

Alhaji Abu Hassan Rhyzo was elected into office as the Northern Regional Football Association Chairman in October 2019 but has already overseen activities to restore the growth of the sport in the Region.

Speaking during an interaction with GFA License D Coaches at the Aliu Mahama Sports Stadium, the GFA president said he believes Alhaji has the ability to turn the fortunes of Northern Football.

Since his election into office over one and half years ago, Alhaji Abu Hassan Rhyzo has supervised various projects including the construction of games centres at the Aliu Mahama Stadium Annex and at the Kaladan Park, securing and finishing an office for the RFA among other important projects.

Kurt Okraku has vowed to work assiduously with the Regional Football Association (NRFA) to help improve the fortunes of the game in the Region.

While acknowledging the immense efforts of Alhaji Abu Hassan Rhyzo at improving the sport in his jurisdiction, the FA President pledged his administration’s support and called for a stronger collaboration in a bid to develop all sectors of the game.