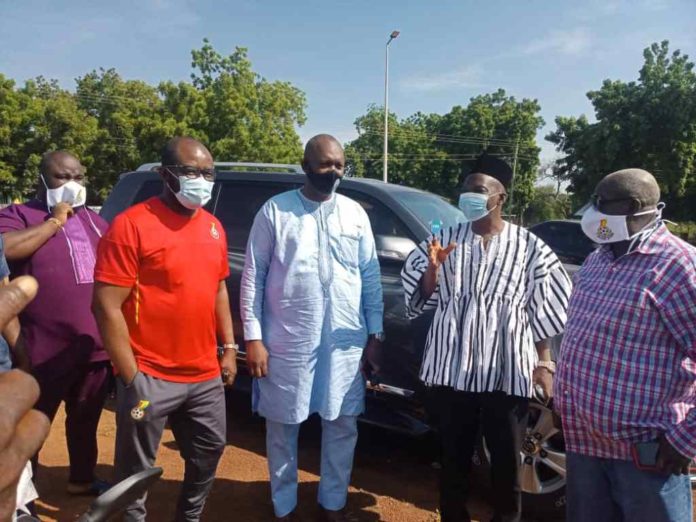 In his quest to accord priority to football through enabling legislation for the overall development of the sector in Ghana, the President of the Ghana Football Association, Mr. Kurt E S Okraku has lauded the initiative taken by the Northern Regional FA Chairman, Alhaji Abu Hassan Rhyzo.

The Step according to the FA President, remained a veritable means to ensure the total turn around in football in the North for more efficient and productive activities to attract funds from the private sector.

Describing Grassroot as a critical segment for the foundation of football development, Mr Kurt E S Okraku assured that his administration will support the course of developing football pitches across the country and was particularly happy Alhaji Abu Hassan Rhyzoo has taken the initiative of constructing game centres for the Region.

He said the GFA will access the FIFA Forward 1.0 Project and will inject $280,000 into the maintenance of Game Centres by putting up Mechanise Boreholes.

“we would prioritise issues affecting the welfare and development of grassroot players and one of them is our pitches” he said. He continued;
“we all know that there is a big gap in the quality of pitches one can access in this country and so if you come to places like the North then you will appreciate the need for attention.

The FA President was speaking to the Media during his tour of the Game Centres constructed by the Northern Regional FA Chairman at the Aliu Mahama Stadium Annex and Kaladan Park.