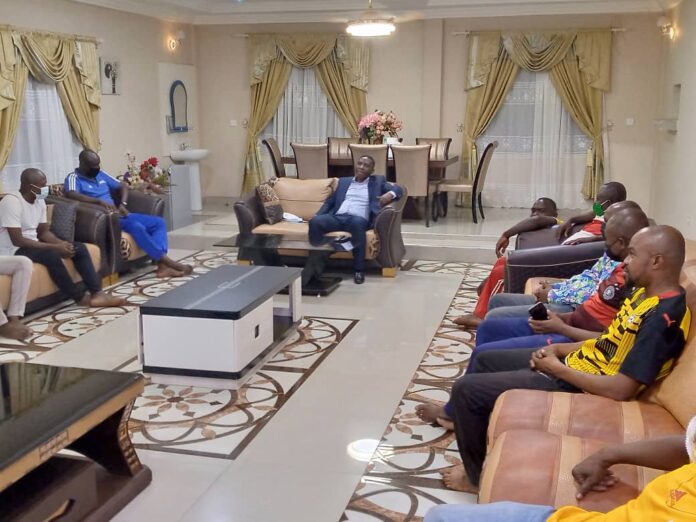 Executives of the Sagnarigu District Football Association last night paid a courtesy call on the Northern Regional Football Association Chairman, Alhaji Abu Hassan Rhyzo at his resident to welcome and congratulate him for the role he played when the National U-20 team the Black Satellites won the Africa Youth Championship in Mauritania.

Congratulatory messages continue to pour in for Coach Karim Zito’s Stars following their triumphant victory against Uganda in the finals just over a week ago.

Alhaji Abu Hassan Rhyzo who is the Representative of the Ghana Football Association in the Northern Region and a management committee member of the Black Satellites was in Mauritania together with ExCo members Dr. Randy Abbey and Anim Addo to support the team.

Led by Chairman, Ibrahim Dawuda, the Sagnarigu DFA ExCo expressed appreciation to the NRFA Chairman and thanked him for the role he played in the Satellites fourth Africa Youth Championship medal.

A member of the Sagnarigu District Football Association Coach Abdullah said the whole Sagnarigu is proud of the Chairman and particularly his role in bringing the trophy home. “On this happy occasion, we would like to, on behalf of our staff and the family of the Sagnarigu DFA, send our congratulations for this honor and the other roles you played that carried the trophy to Ghanaians. Our football, like all of Africa, will identify with this feat in the prestigious competition across the world” he said.

They were also glad to have the best player of the tournament, Issahaku Abdul Fatawu emerging from the Sagnarigu Municipality. Fatawu was scouted by the current Chairman of the Sagnarigu District Football Association, Ibrahim Dawuda and played for his team Zaytuna FC before joining Tamale Utrecht Football Academy at the age of 13.

Alhaji Abu Hassan Rhyzo was honored for the visit and shared his experience with the Black Satellites on the trip to Mauritania. He said he is ready to support the development of talents within his jurisdiction and to ensure they gain the exposure necessary to make them stars in the future.