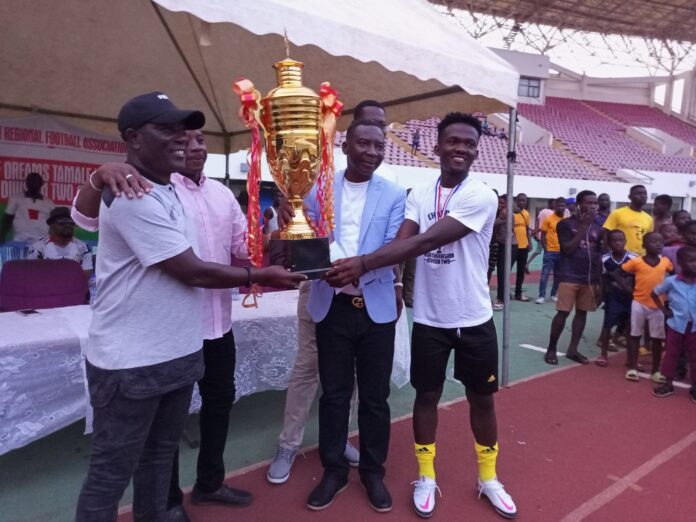 Newly promoted Division One League side Dreams Tamale FC were on Thursday, the 11/11/2021 crowned Champions of the Northern Regional 2020/2021 Division Two (2) League after engaging Tamale Soccer Angels in a ceremonial match.

The Coronation Ceremony which took place at the Aliu Mahama Sports Stadium saw Dreams Tamale FC receiving a Giant Trophy  personally donated by the NRFA Chairman Alhaji Abu Hassan Rhyzo in fulfillment of a campaign pledge he made in 2019. 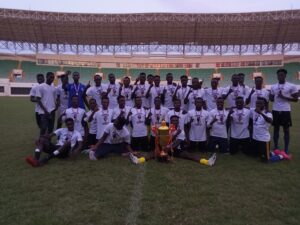 Aside the trophy, the Champions were also decorated with 40 gold medals and smiled home with a cash prize of Ghc2,500.

Tamale Soccer Angels, who placed second on the middle League log also received a sum of Ghc2,000 as prize money whilst STK Stars of Sawla smiled all the way home with Ghc1,000 for their effort. 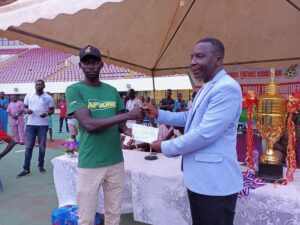 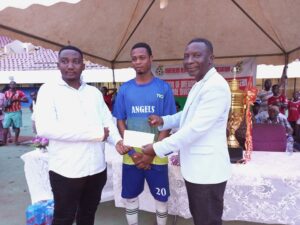 Notable figures who graced the occasion include the Head Coach of the Black Satellites, Mr. Abdul Karim Zito and his able Assistant Coach Abdul Fatawu among others. 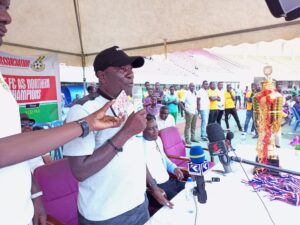 Addressing the football fraternity at the closing ceremony, the NRFA Chairman Alhaji Abu Hassan Rhyzo commended the Division 2 working Committee for collaborating closely with other committees to ensure the league came off successfully. 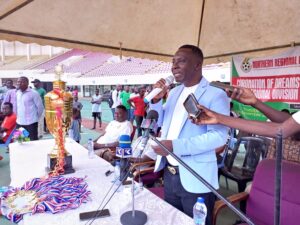 He also entreated Tamale Soccer Angels, Sawla STK Stars and Sankara Nationals of Yendi who will be representing Northern region in the MTN FA Cup to endeavor to make the region proud.

The Coronation match itself ended 2 – 1 in favor of Tamale Soccer Angels.