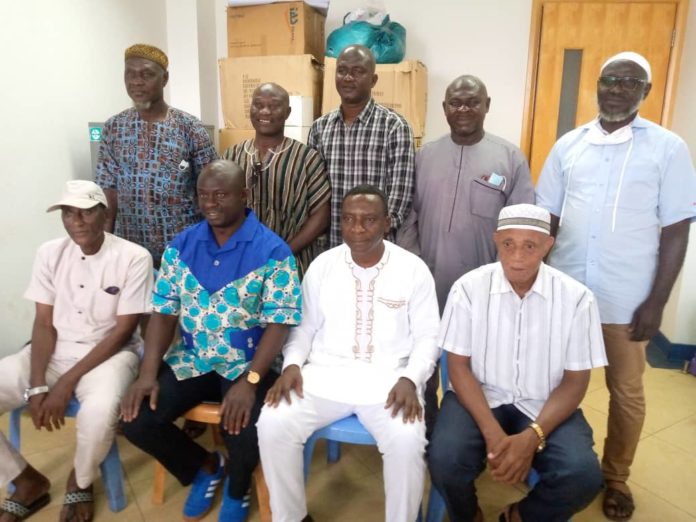 He was speaking when the Old players Association (PFAG) Northern Region, called on the RFA Chairman at the secretariat on Thursday.

The 1978 and 1982 Ghana Premier League goal king advised the NRFA Chairman, who is a member of the Association, to cooperate with ex-footballers in his administration for better ideas since they have more knowledge about the game, based on their experience.

“The current RFA Chairman is in a very good direction. However, I will urge him to collaborate with ex-football players based on their experiences, they will be able to give him better ideas to help his administration,” he said.

Alhaji Choo also heaped praises on the Northern Regional FA Chairman for changing the face of football administration in the Region despite being in office for less than a year.

He said the region is proud and lucky to have such a selfless leader and wish him well in his administration.

“He has been able to change many things in the Northern Region Football Association when he assumed office, especially the structures and personnel he has romped in, but I hope to see more of what he is capable of doing to make Northern football reach that peak we’re all waiting to see,” he said.

Responding to the call by Alhaji Choo, the former Guan United CEO said about five old players are part of various working committees. He was particular about the Protocol and Player Welfare and Ethics Committees that comprised of old players.