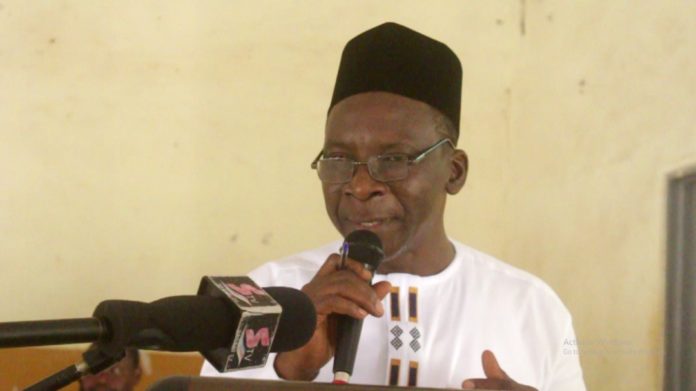 The Chairman of the Northern Regional Football Association (NRFA) Alhaji Abu Hassan Mahamadu Rhyzo has charged clubs in the region to position themselves in a manner that would attract Sponsorship.

He said the clubs need to create positive brands and put in place administrative structures that allow space for the business community to be involved.

The Chairman was speaking at the official inauguration of the West Mamprusi Municipal Football Association (WMMFA) on Sunday, October 25, 2020.

The inauguration brought together the traditional authorities, security service Education service and local government authorities as key stakeholders in the game.

The Northern Regional FA Boss maintained that until clubs are able to strategically position themselves and put in place administrative structures, the cooperate world would find it difficult spending their resources in the clubs.

“If you are a club without the administrative structures. You don’t have a bank account and everything. How would a cooperate organization who wants to support you, not with fiscal cash but a cheque do so” Alhaji Rhyzo queried.

He said clubs must also train officials on how to write good proposals to convince businesses to support the game.

“Train your officers on good proposal writing so that they would master the craft to convince businesses that they would be spending on a venture that would yield dividends when they support football” the Northern FA Boss stressed.

The Municipal Chief Executive for West Mamprusi Issahaku Arimeyaw Somo Lucky commended the Northern Regional FA for its commitment to the promotion of football in the area.

He pledged his personal and the Assembly’s readiness to support the football association to develop soccer in the municipality and beyond.