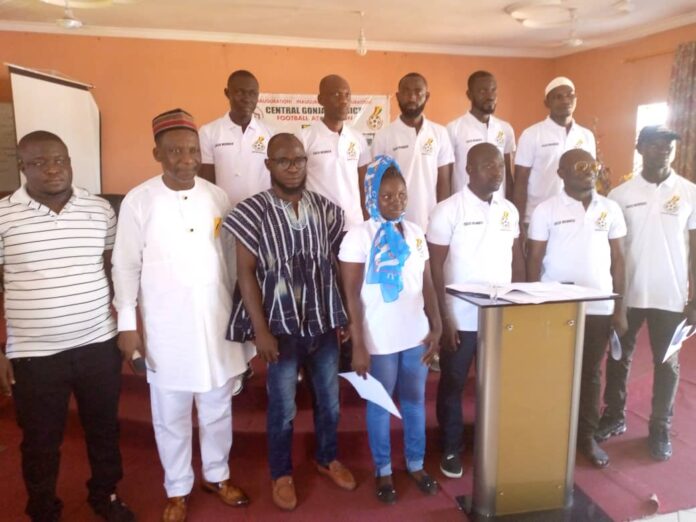 The event took place on Saturday 5th December, 2020 at the Central Gonja District Assembly hall in Buipe in the Savanna Region. 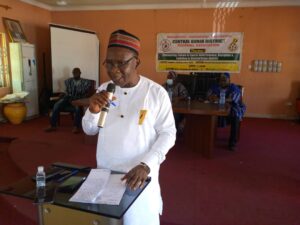 Speaking in his address, Alhaji Abu Hassan Rhyzo implore the sworn in Executive Council members to show a lot of commitment and sacrifices, most especially their time, energy and resources to ensure that they achieve their set targeted objectives.

He stressed the need for the Executive Council to set up working committees to help the association smoothly carry out its activities.

The Black Satellites Management committee member urge the ExCo members to ensure that there is unity within their ranks since ‘football is a team sport’. 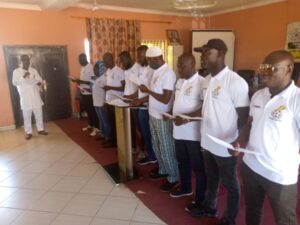 “For me, it is the only way the DFA would achieve its set targeted objectives”, he stated.

Alhaji Rhyzo also encouraged the ExCo members to collaborate with key stakeholders in the game, with emphasis on the Ghana Education Service (GES) and parents in particular to help build a strong relationship among them.

Chairman of the Central Gonja District Football Association Awudu Dokurugu in his welcoming address appeal to the chiefs and other stakeholders to help the association acquire a new office to help facilitate their mission of discovering talents in the district.

He appreciated the NRFA chairman’s role in playing a key role in him becoming discovering his interest in football administration.

Chairman of the occasion, Chief Kuipo Harrison Salifu in his closing remarks urge the incoming executives to be discipline in carrying out their duties for the DFA.

The former chairman of the Northern Regional Second Cycle Sports Federation urge the executives to exhibit unity among themselves since football is a team sport.