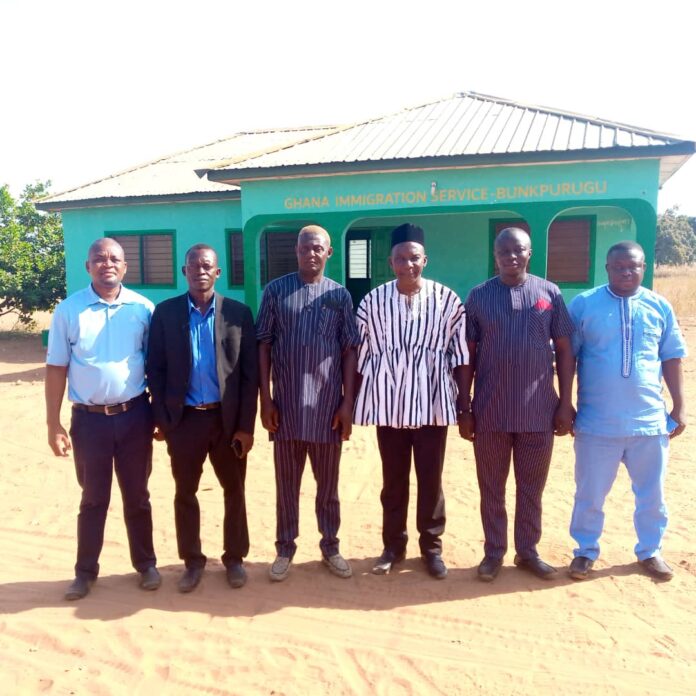 In his welcome address, Mr Emmanuel Moisob, the DFA Chairman thanked the Northern Regional Football Association for the support and encouragement they have received so far from the region and described the visit as historic since that was the first of it’s kind from a sitting RFA Chairman. 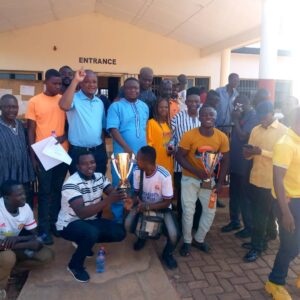 Addressing the gathering before administering the Oath of office and the oath of Secrecy, the Regional Football Association Chairman Alhaji Abu Hassan Rhyzo advised members of the District ExCo to study the statutes and the code of Ethics governing Association football in the country very well so as to operate within permissible limits.

He further commended the chief of the Bunkpurugu Traditional Area Naa Alhaji Abuba Nasinmong for the warm reception accorded the team at his palace and for releasing a parcel of land to be used as a football field. 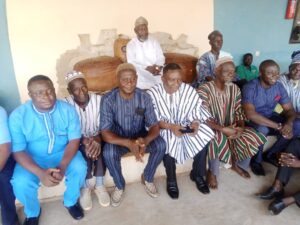 The District ExCo members were advised to uphold the tenets of Collective Responsibility in governance and support activities of the Association once it was the majorities decision.
Speaking as the Special Guest of Honour, the District Chief Executive Hon. Joseph Louknaan pledged his Administration’s support to the District Football Association and assured the Regional Chairman that his request for an office to be used as a District Secretariat will be granted. 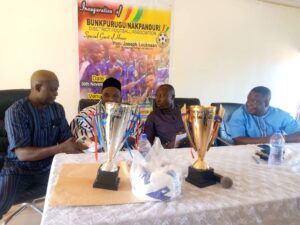 The DCE equally admonished the youth in the area to eschew rowdyism during games and see football as a symbol of unity.
Alhaji Abu Hassan Rhyzo, the Northern Regional Football Association Chairman gave the DFA two(2) glittering trophies, football and a cash of Ghc 400 to begin with as an Association.