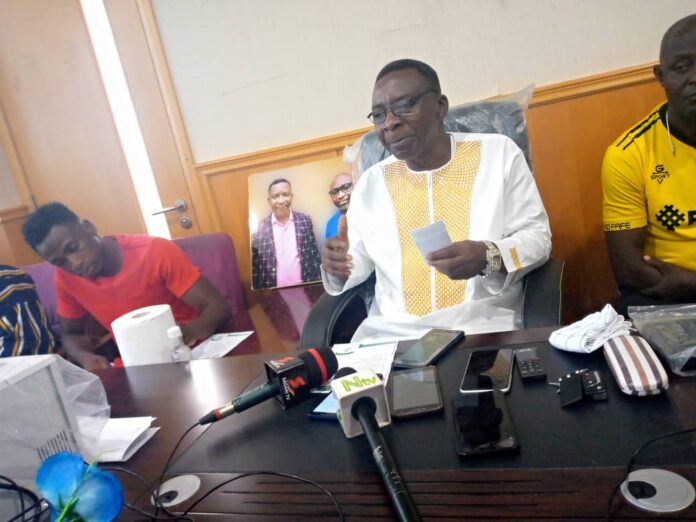 Moments after donating close to 200 footballs, 104 bibs and 52 sets of cones to 52 Juvenile clubs in the Tamale Metropolis and Sagnarigu Municipality, Baba Abdul-Rahman extended his philanthropic support to Alhaji Abu Hassan Rhyzo’s Referee Revolving Fund with an amount of 4000 Ghana Cedis to ensure Referees get to their destinations to officiate matches when appointed.

However after an appeal by the Juvenile Chairman, Coach Yakubu Dawuo,  Baba Rahman decided to boost the fund with an amount of 4000 Ghana Cedis to support the course.

Northern Regional Football Association Chairman Alhaji Abu Hassan Rhyzo who was so excited expressed gratitude to Baba Rahman for his kind gesture to the development of the game.

The Northern Regional Football Association Chairman has therefore urged other stakeholders to emulates the gesture demonstrated by the Chelsea Player.