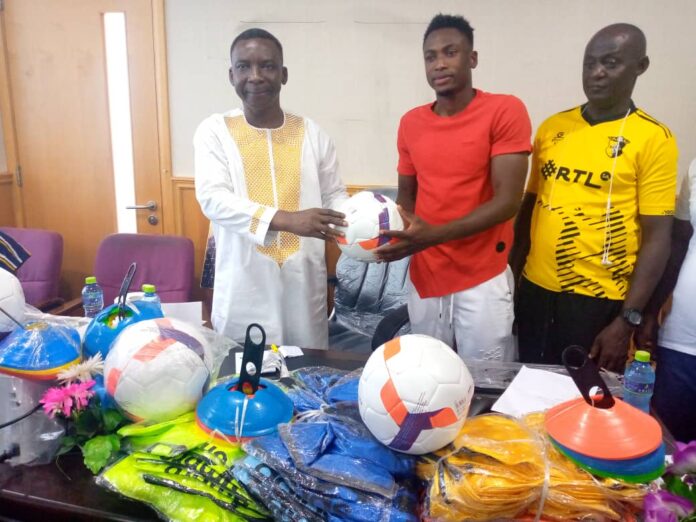 The former Dreams FC player continue to offer his support to football clubs at the grassroots level, as he donated some football equipment including 156 footballs, two sets of bibs and markers to all 52 clubs within the Tamale Metro and Sagnarigu Municipal FAs. He also donated 1000 Ghana Cedis each to the two DFAs and the NRFA to support administrative work.

This is not the first time Baba Rahman has made such donations as he did two seasons ago for his boyhood club Young Meteors and other Juvenile Clubs in Tamale.

Baba Rahman who spent the second-half of last season at Greek side PAOK Thessaloniki has promised to extend the gesture to as many clubs at the grassroots level to help them produce more talents for the country.

Baba said during the short ceremony that “This gesture will not only be for these clubs, I do have plans to also help other grassroot football clubs and it will continue. I was touched by the story of the NRFA Chairman and at the right time, we will visit some clubs to give them equipment that will also aid them to develop these young players.”

”These Grassroot football clubs are the ones who need our support. So in our small ways we will contribute to help these small clubs as we know the GFA cannot do it alone” He added.