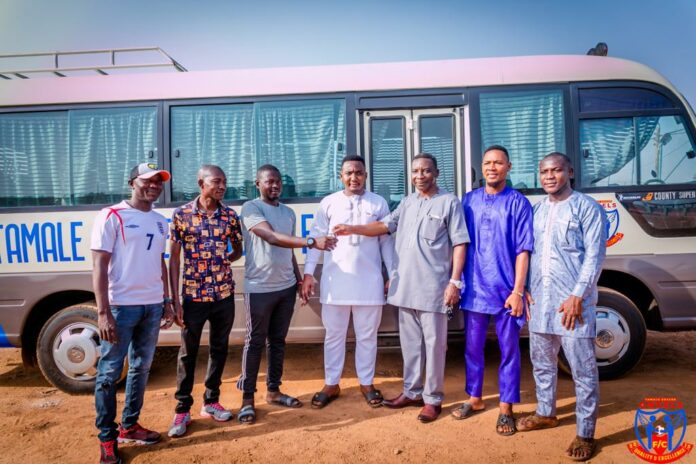 The President and Bank roller of Northern Division 2 side Tamale Soccer Angels, Alhaji Abu Hassan Rhyzo yesterday presented a 29 seater Hyundai County bus to the team ahead of the Northern Regional Division 2 league slated to kick off on Saturday.

Addressing the management, technical team, playing body and Supporters before the presentation, Alhaji Rhyzo advised the players to take their training seriously since that was the only way they could make a name for themselves, the club as well as the nation at large. 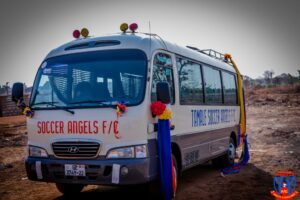 All stakeholders particularly supporters of the club were encouraged to be disciplined at all times in order to give the playing body a very serene environment to play their hearts out.
The President also cautioned the senior players against intimidating the younger ones who have just move up the ladder from the juvenile under 17 level to Division 2. 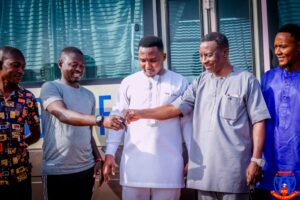 A new set of Jersey was also presented to the playing body ahead of the new season.
On his part, the CEO of Tamale Soccer Angels , formerly known as Zanwara FC, Mr. Fareed Abu Hassan also assured the President of a good performance this season. 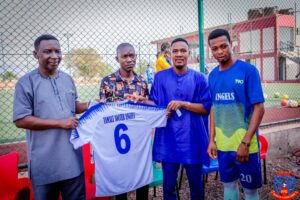 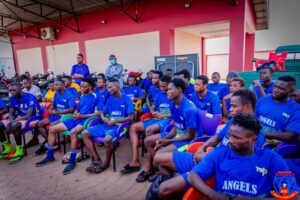 Receiving the keys to the vehicle, the Head Coach Mr. Abdul Salam thanked the President for redeeming a pledge he made to the playing body at the close of last season.
The Supporters Chairman popularly known as “Manager” commended management for easing the transportation need of the team.